By Manly Bryant on February 13, 2018
Advertisement 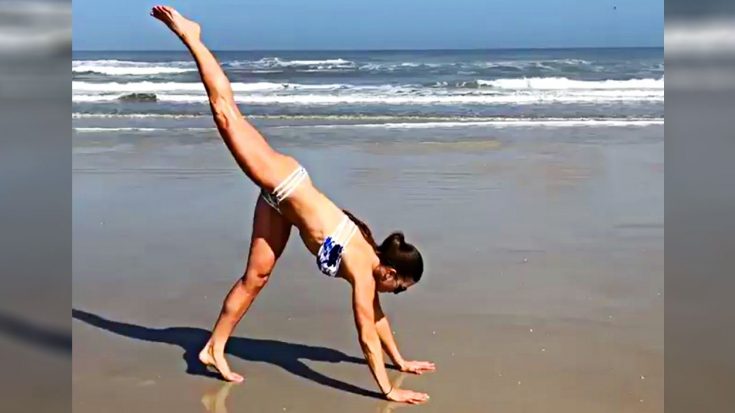 On the verge of her retirement from NASCAR, this famed driver showed some skin during a break at Daytona Beach.

Danica Patrick has been in the news a lot recently, most of it surrounding her “Danica Double” race tour that will have her competing in one final NASCAR Cup Series event and one INDYCAR event – both motorsport divisions that were big parts of her career.

On top of inking her most famous sponsor, GoDaddy, for both races, Patrick is proving that she’s all about making the most of every moment – and this break away from the track was no exception.

Taking to beautiful Daytona Beach, Patrick showed off her hard work inside the gym and donned a strapless bikini for her “race” down the sand. We aren’t sure who she’s racing exactly, but she certainly proved that her workout regimen is working!

“Racing down Daytona beach,” she captioned the video.

She kicks off the video by performing a handstand, but then she begins to walk on her hands, legs balancing her in the air – for quite a distance!

See Danica Patrick having a blast just days before the Daytona 500 in the video below.