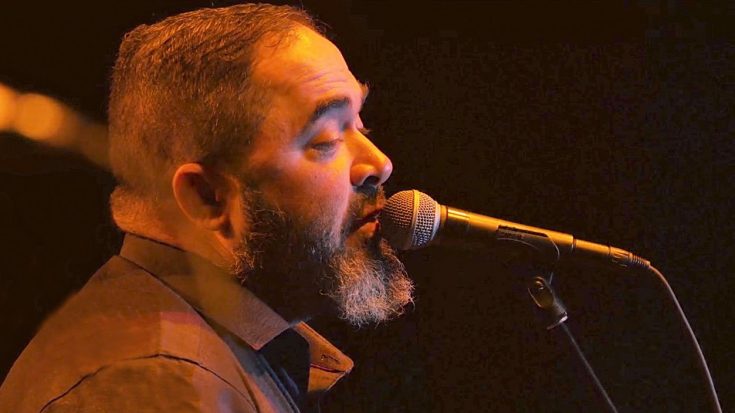 That’s exactly what Aaron Lewis does at his shows. If you’ve never had the chance to watch him perform live before, then you’re in luck, because we have a live music video below for you to enjoy.

The video was filmed as Lewis walked out on stage at the beginning of his show, with the crowd cheering like wild the entire time. After some time passed, he introduced the first song he would be singing that night, which was the title track off of his latest album, Sinner.

Released in September 2016, Sinner is the second solo album of Lewis’ career. It was a major hit upon its release, and claimed the number one spot on the Top Country Albums chart in its debut week.

The album opens with its title track “Sinner,” and features Willie Nelson on the third verse. With guitar-driven instrumentals, the song serves as Lewis’ recognition of his wrongdoings in life. Rather than deny his sins, he owns up to them, and says he asks for nothing more than forgiveness.

There’s something about “Sinner” that gets country fans hyped up, as seen in Lewis’ live video for the song. As you watch the video, you can feel the crowd’s excitement growing with each passing second.

Head down below to catch the electrifying video of Lewis’ live performance of “Sinner.” You’ll be scrambling for tickets to his next show after watching this!