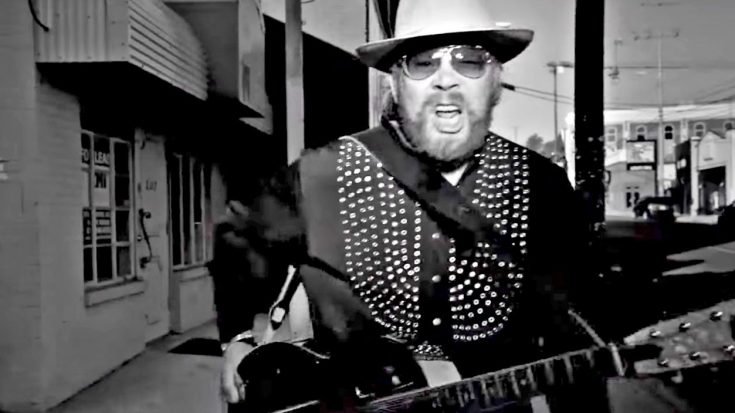 “Trouble in America” flashes across the screen behind the reporters on a local news station, the anchor throws in the towel mid-broadcast and the tone is set for the rest of this country hit that hits home when everything is going wrong.

Hank Williams Jr. is a true country legend and Nashville royalty. His twangy, lamenting tune is the perfect example of how deeply he connects with his audience, bringing in rough patches of life and singing about them in a way that resonates on a whole new level.

Legendary Bocephus calls out deplorable conditions on “That Ain’t Good” as the video follows the life of a man who started out working at the TV station, but quickly things take a turn for the worse.

Thorns from barbs like divorce, a bad boss, and tumultuous world affairs are rife in this contrast and upbeat video. The topic is bemoaning, but the beat is growing. It’s all part of what makes Hank Jr. such an incredible artist.

Released as the second single from his 2012 album, Old School, New Rules, “That Ain’t Good” is an unforgettable piece of Hank Jr.’s work and a staple in any country music collection.

Watch the brilliant video for “That Ain’t Good” below!