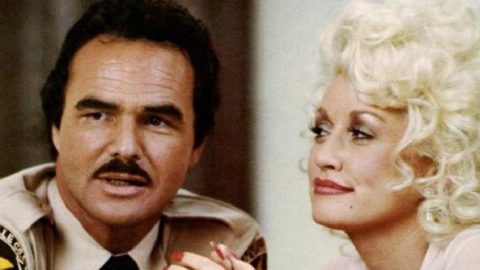 It’s been 35 years since Burt Reynolds starred opposite Dolly Parton in “The Best Little Whorehouse in Texas.” With a career spanning nearly 60 years, the Academy Award nominated actor has appeared in nearly 100 films and numerous television shows.

In recent years, Reynolds has undergone surgeries including a quintuple bypass in February 2010. The 81-year old has continued to act despite the decline of his health, but rarely makes public appearance. So, it was a surprise to many to see Reynolds on the red carpet of the Tribeca Film Festival in New York where his latest film, “Dog Years,” was premiering. In the film, Reynolds portrays an aging movie star who’s come to realize that his best days are behind him. The parallels didn’t go unnoticed by the “Smokey and the Bandit” actor.

“I guess I’m doing all right. I think because it’s a hell of a turnout,” Reynolds told reporters.

Watch Dolly Parton and Burt Reynolds together in a clip from “The Best Little Whorehouse in Texas” below.