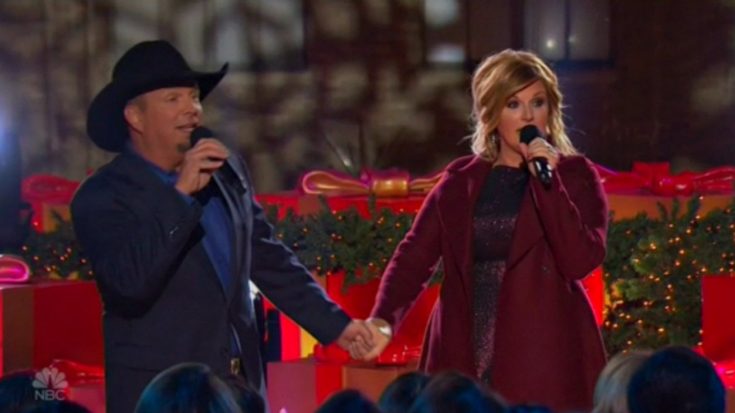 One of the most anticipated events of the holiday season is the lighting of the Rockefeller Christmas Tree in New York City, a tradition that started in 1933. In recent years, the official lighting of the giant tree has been televised and turned into an event that includes some of music’s biggest stars.

This year, country music couple Garth Brooks and Trisha Yearwood joined in on the festivities as they took the stage together to perform ‘Feliz Navidad’ and ‘Baby, It’s Cold Outside’ prior to the lighting of the 94-foot tall spruce tree on Wednesday (November 30).

The addition of Garth and Trisha was only fitting considering that the couple just released their first duets album, Christmas Together. Both songs performed by Garth and Trisha during the Christmas in Rockefeller special can be found on the new album.

This year marks the 84th annual tree lighting at Rockefeller Center, and this year’s festivities drew thousands to downtown Manhattan despite the rainy weather.

Watch Garth and Trisha sing ‘Baby, It’s Cold Outside’ below!