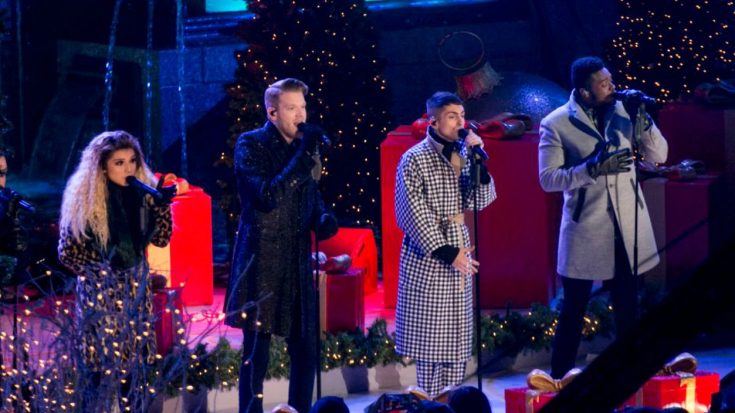 Backed by a robe-clad choir, Pentatonix took the stage at Rockefeller Center on Wednesday night to perform before the annual Christmas tree lighting. The a cappella quintet celebrated the season with an upbeat arrangement of “O Come, All Ye Faithful.”

The hour-long televised event aired on NBC Wednesday (November 30) and also included performances from Garth Brooks, Trisha Yearwood, Josh Groban, Neil Diamond, and Tony Bennett. Also included in the celebration was country legend Dolly Parton who Pentatonix performed with during Tuesday night’s episode of ‘The Voice.’ Dolly and the quintet were joined by ‘Voice’ coach Miley Cyrus for a one-of-a-kind rendition of Parton’s classic “Jolene.”

Pentatonix rose to fame in 2011 after winning the NBC competition show Sing Off  earning them $200,000 and a recording contract with Sony Music group. The group’s Youtube channel is the 44th most subscribed to channel with 10.5 million subscribers and more than 1.5 billion views.