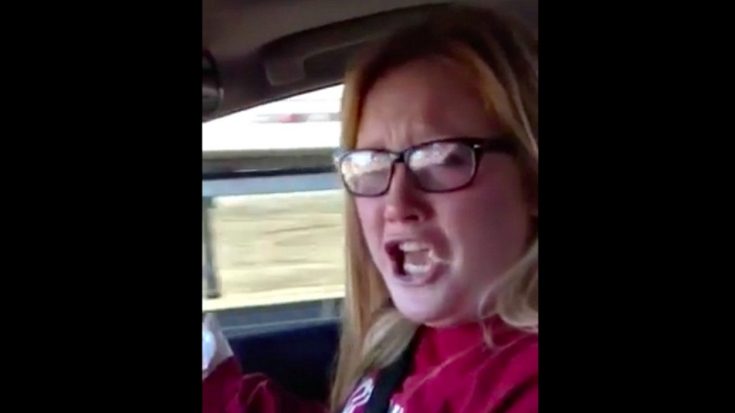 Videos of unsuspecting people moments after having their wisdom teeth removed will never disappoint. It’s a fact. Still under the influence of anesthesia, people do and say some hilarious things. Thanks to cell phones and the internet, we get to enjoy the humorous result.

In the video below, a teen named Kassidy is on her way home from having her wisdom teeth removed. With her mom behind the wheel and the camera, Kassidy reveals her love for country singers Sam Hunt and Luke Bryan. But, as the clip rolls, she unveils an even bigger secret when she tells her mom that Luke Bryan kissed her after a concert.

The clip begins with Kassidy singing a couple of her favorite country tunes including Sam Hunt’s “House Party.” Moments into her performance an 18-wheeler passes their car on the right and causes the teen to momentarily panic and cry out, “He’s trying to hit you!”

Kassidy’s mom calms her by encouraging her to finish her song, but the loopy teen gets frustrated when she can’t remember what she was singing. When she asks her mom what other singers she likes, her mom refreshes her memory by saying “Luke Bryan.”

“Oh, he’s so hot!” Kassidy replies before turning to her mom and saying, “He kissed me, but we weren’t supposed to tell you.”

After a brief pause, the teen breaks down saying, “He’s going to be so mad I told you.” Her mom tries to console her by saying that Luke won’t be mad, but Kassidy is insistent that he is going to be angry.

“He said he’d be mad if I told you. Don’t tell him, please!” Kassidy pleads as she and her mom go back and forth about whether or not Bryan is going to be angry.

This two minute video is worth watching over and over again. Check out Kassidy’s Luke Bryan confession in the video below.