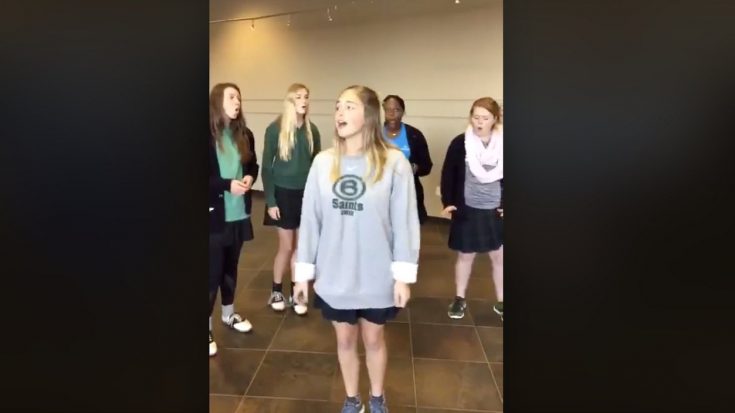 Some of the most magical musical moments are those that aren’t staged or rehearsed. For instance, a group of high school students have found themselves the topic of internet conversation after a video of them singing a Christmas carol in the school hallway went viral.

The group of twelve teens are none other than an a cappella group called One Voice from Briarcrest Christian High School in Memphis, Tennessee. The ensemble’s hallway rehearsal of “O Come, O Come, Emmanuel” was captured by their director J.D. Frizzell and posted online. It took nearly a year, but now that the group’s video has been discovered, people can’t seem to get enough!

If One Voice sounds familiar it may be because they appeared on America’s Got Talent in 2016. While they didn’t win the show, they gained many new fans with their mixture of blues, jazz, rock, R&B, pop, and more.

The group’s cover of the century’s old Christmas tune “O Come, O Come, Emmanuel” iis one of the most impressive performances of the song that you’ll hear this holiday season. Check out their stunning performance in the video below and prepare to be amazed!