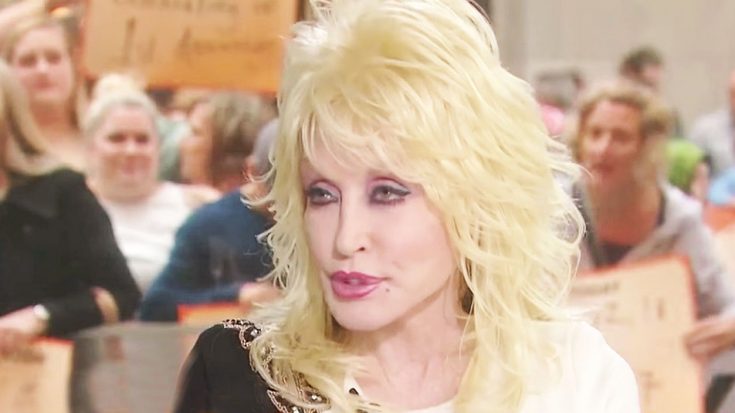 Dolly Parton has always held a special place in her heart for children. Years ago, she helped found the Imagination Library, an organization that promotes children’s literacy by donating books to kids around the world.

More recently, Parton released a children’s album titled I Believe in You. The entire album is comprised of songs specifically crafted for children, including titles such as “Brave Little Soldier,” “Makin’ Fun Ain’t Funny,” and a new recording of Parton’s classic hit, “Coat of Many Colors.”

In addition to her work with children, Parton is also an aunt to many nieces and nephews. But while her love for children is strong, she and her husband Carl Dean have never had any kids of their own.

Why She Never Had Kids Of Her Own

Parton has opened up about the subject a few times in the past, telling The Guardian in 2014 that she and Dean are now “glad” that they never had kids.

Though she did admit that they thought about it when they first got married, saying, “If we’d had a girl, she was gonna be called Carla…Anyway, we talked about it, and we dreamed it, but it wasn’t meant to be.”

It was this same sentiment that Parton echoed during a 2017 interview on TODAY about I Believe in You. When asked why she never had children, Parton had the sweetest explanation to give:

“God has a plan for everything. I think it probably was his plan for me not to have kids so everybody’s kids could be mine. And they are now.”

Why She Thinks Kids Love Her So Much

As for why she feels that kids share such a special connection with her, Parton chalks it up to the fact that they may think she resembles a nursery rhyme character.

“I have that high-pitched voice…I look like Mother Goose or one of those over-exaggerated characters, and kids just relate to that,” she said.

We’re not so sure about Parton looking like Mother Goose, but we do know that kids love her! Tune in below to watch her complete interview with TODAY about her love for kids and her album I Believe in You.

You’re guaranteed to have a smile on your face by the time you get done watching this!