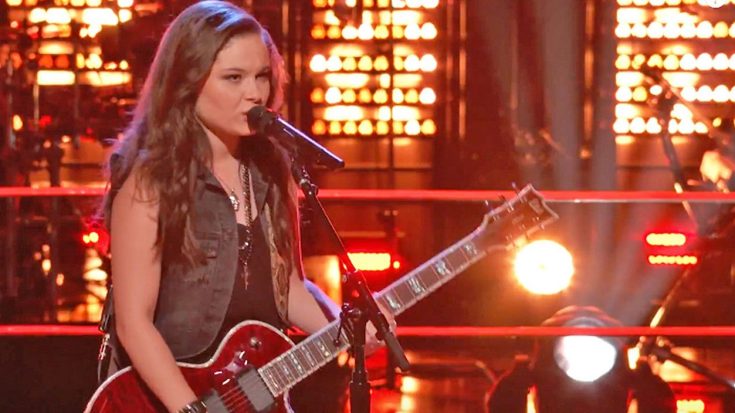 After earning four-chair turns in the blind auditions with a fiery rendition of American rock band Heart’s “Crazy on You,” 16-year-old Moriah Formica returned to The Voice stage for the battle rounds to fight for her spot on Team Miley Cyrus.

Paired up against teammate Shilo Gold, the powerhouse female vocalists battled it out with an electrifying performance of Lenny Kravtiz‘s version of “American Woman.” While both artists perfectly executed the duet, the Albany teen rose up victorious.

“This one is one where I feel like I’m going to pass out, my hearts going really fast,” Cyrus said after fellow coaches – Adam Levine, Blake Shelton, and Jennifer Hudson – gave their evaluations on the battle, the three reaching a consensus that Moriah won the battle.

“Moriah I get like nervous to be around you because you’re like a rock goddess, but you’re just great as a singer without attaching your age, or your gender, or anything to you,” Cyrus told the teen rocker before ultimately choosing her as the winner, advancing Moriah to the next round of the competition.

“American Woman” was originally recorded by Canadian rock bank The Guess Who, the song notching the band a No.1 hit on Billboard’s Hot 100. Kravitz recorded the ’60s hit decades later for 1999 film Austin Powers: The Spy Who Shagged Me, replacing the political tone of the original with sex appeal.

You can watch them battle it out to Kravitz’s “American Woman” below.