John Anderson’s Electrifying Performance Of ‘Swingin” Will Make You Blush

By Manly Bryant on January 4, 2017
Advertisement 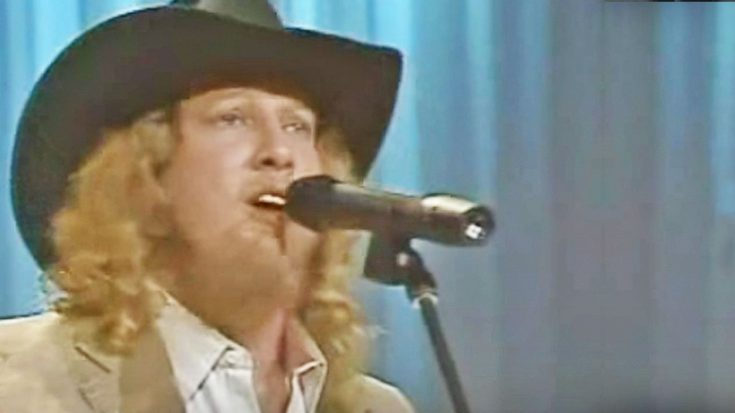 American country singer John Anderson electrified the world of music with the release of his hit single “Swingin'” back in 1983.

The country singer hit the stage for a wild performance of “Swingin’,” strongly displaying his immense talent. Anderson flawlessly sang the flirty lyrics telling the story about a young couple stricken with love hanging out on front porch swing.

“Swingin'” was the second single of Anderson’s Wild & Blue album released in 1982. The song was highly well-received and quickly soared to No.1 on Billboard’s Hot Country Songs as well as the all genre Hot 100. Decades later in 2010, female country singer LeAnn Rimes released a cover of “Swingin'”, receiving a Grammy nomination for her rendition the year following.

Anderson has endured a successful career in country music and was inducted into the Nashville Songwriters Hall of Fame in October 2014.

You can watch his performance of “Swingin'” below!