By Tiffany Smithson Aaron on May 12, 2016
Advertisement 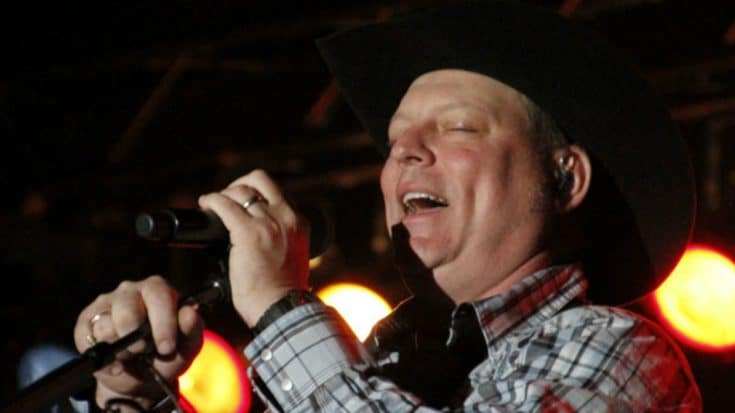 More than 20 years after its initial release, “I Swear” got a makeover. Country superstar John Michael Montgomery joined pop group All-4-One for a duet rendition of the tune for the pop group’s new anniversary album, Twenty+.

In early 1994, Montgomery took the Baker & Myers penned tune to the top of the country charts making it one of the most popular wedding songs of the decade. Just a few months later, All-4-One saw their pop rendition top the Billboard Top 100 Chart for 11 weeks straight. The following year, both acts came together to perform the song at the 1995 Grammy Awards, but until now, the song has never been recorded as a duet.

On May 11, 2016, All-4-One shared the news which included a video of the guys singing their signature son together.

“We got together with our buddy John Michael Montgomery, who had the original hit with “I Swear”, to record a new duet of the song that marries perfectly the country version and the pop version forever,” the group writes. “The only other time we’ve sang this song together was at the 1995 Grammy awards over 20 years ago. This version is on the Deluxe edition of our latest anniversary CD Twenty+.”

Listen to the beautiful collaboration below.