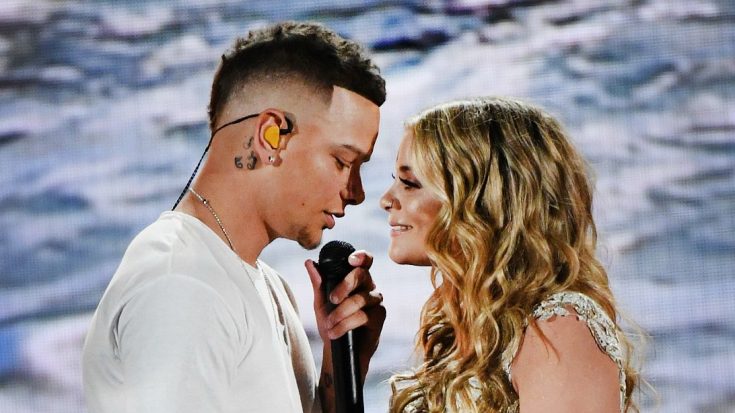 Is it hot in here or is it just Kane Brown and Lauren Alaina? While both artists are in relationships with other people, one would never know by watching their performance at the ACM Awards.

Brown and Alaina have a long history as they were 13 and 12, respectively, when they first met at Lakeview Middle School in Fort Oglethorpe, Georgia. The two have taken very different paths to stardom, Lauren Alaine via American Idol and Kane Brown by way of social media, but both have found their place in the country music industry.

Their success was helped along by their chart-topping duet, “What Ifs,” and it earned them a nomination for Vocal Event of the Year at the 2018 ACM Awards. During Sunday night’s ACM Awards show live from Las Vegas, the longtime friends performed the song and left viewers breathless with their incredible vocals and chemistry.

At the end of the performance, Brown and Alaina closed in as if they were going to share a kiss. The tension was palpable and you could almost hear the audience hold their breath as they anticipated what was about to happen. But, instead the two shared a friendly hug, leading to a huge round of applause from the crowd.

Watch Kane Brown and Lauren Alaina’s performance of “What Ifs” in the video below.