By Jennifer Pernicano on August 9, 2017
Advertisement 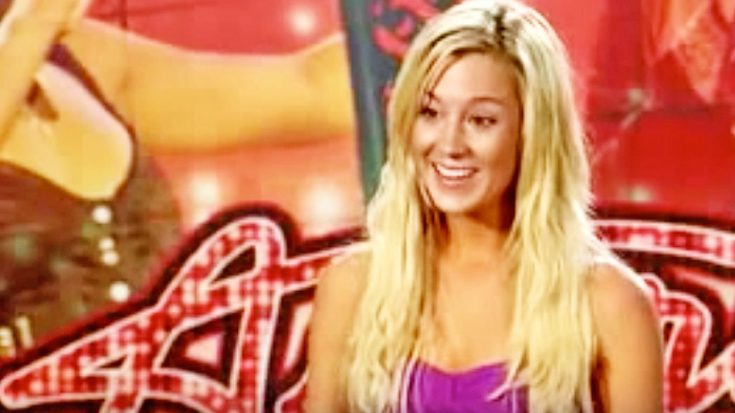 The world first fell in love with the hilarious and humble spirit that is Kellie Pickler following her emotionally-charged audition on Season 5 of American Idol. First charming the socks of the judges with her adorable personality and whit, the North Carolina-native earned her ticket to Hollywood with her insane vocals.

With a pocketful of charm in her boot cut jeans, Pickler immediately had the judges under her spell the second she walked through the doors. Idol judge Paula Abdul was won over right upon meeting the quirky blonde, the pop star telling her “I love this! Yay!” immediately after her performance of Kelly Clarkson‘s “Since You’ve Been Gone.”

Pickler followed up Clarkson’s 2004 hit with Martina McBride‘s “Broken Wing,” proving that her voice is a force to be reckoned with, so much so she impressed Simon Cowell who had made a career off his harsh criticism of Idol hopefuls.

“I think you’re terrific!” praised the notoriously tough judge.”I really do like you.”

After earning a unanimous “Yes” from all three judges, Pickler became overwhelmed with emotion. After Pickler left the room to celebrate her “Golden Ticket” win with her family, Cowell said, “That’s a NICE girl, that is a nice girl. That’s someone I would like to see do well.”

While she ended up only placing sixth in the competition, the singer has managed to stay in the spotlight through her massive talent and quirky antics.

You can watch her audition below.