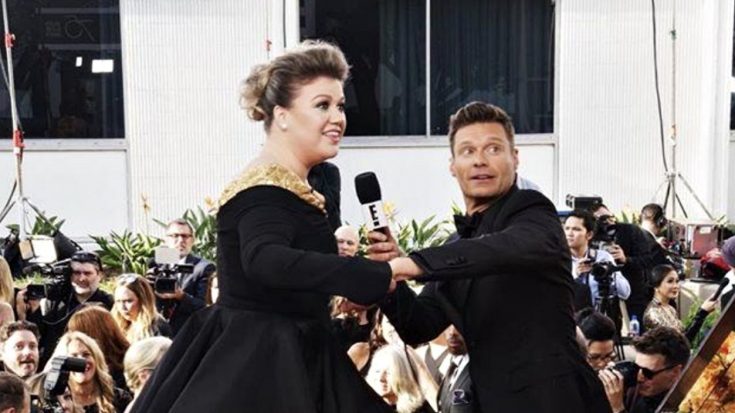 Kelly Clarkson is one of music’s biggest stars, not only for her incredible voice but for her realness and “girl next door” personality. Sunday night, the original American Idol champ proved once again that she is just like us when she fangirled after spotting her long-time idol, Academy Award-winning actress, Meryl Streep.

The fateful meeting took place Sunday night while Clarkson was being interviewed on the red carpet by Ryan Seacrest prior to the 2018 Golden Globe Awards. As Seacrest helped Clarkson down the stairs, the singer glanced to the carpet where she spotted Streep.

“Oh my God!” Clarkson screamed, causing Seacrest to think that something was wrong. “What happened?” Seacrest asked someone off camera before Clarkson said, “That’s Meryl!”

As Kelly tried to regain her composure, Seacrest continued to guide her down the stairs. When Clarkson made eye contact with the actress, she said, “Can I meet you? I’m such a fan. I’ve adored you since I was like 8.”

In true Meryl style, she handled the situation with class and embraced Kelly, even placing her hand on the side of Kelly’s face in a comforting gesture as they met.

This video is worth watching over and over again and makes us love Kelly Clarkson even more!

Check out the footage of Kelly Clarkson meeting Meryl Streep in the video below.