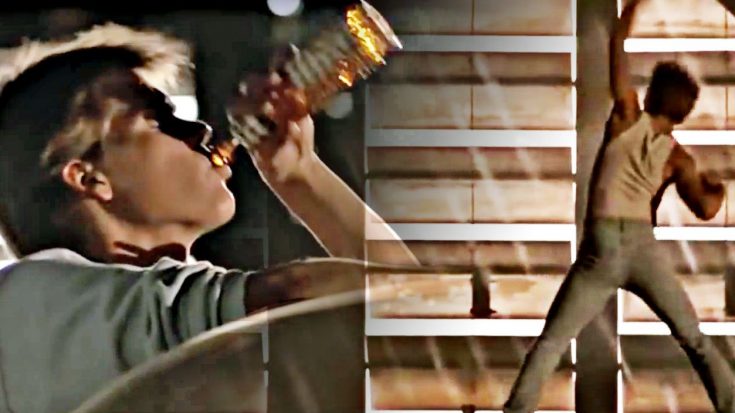 Angry dancing was definitely a thing that made big waves in the ’80s, and most of it was thanks to Kevin Bacon’s unforgettable anger-fueled warehouse dance scene from the blockbuster hit, Footloose.

Bacon’s character in the film is just so upset and seething with anger that the only thing he can do with himself is dance. This all comes out after he furiously drives his car to the warehouse, steps out, chugs a beer, and then proceeds to dance his pants off.

Fans of the movie will remember this epic moment in pop culture and recall how iconic the scene was for many years after the film’s release.

Throughout the scene, Bacon dances his way all the way to the top of the warehouse, running along the railing and even swinging like Tarzan back down to the ground in a fast-paced collection of upset movements set to the tune of “Never” by Moving Pictures.

Check out the high-definition version of this Footloose “Warehouse Dance” scene below!