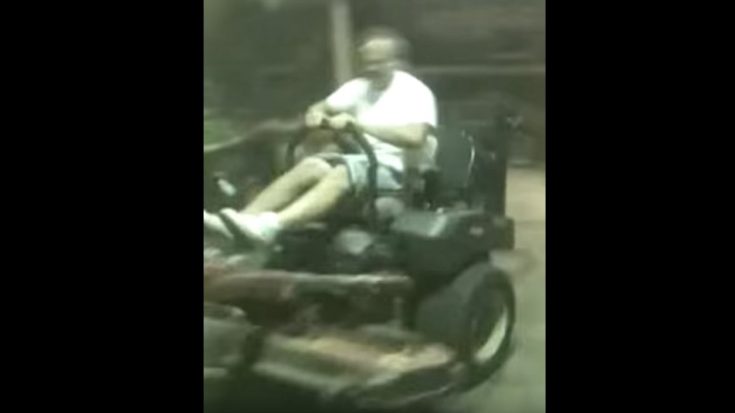 The best home videos are unrehearsed clips that capture unexpected mishaps. Heck, they even made a television show completely dedicated to the folks who are unfortunate enough to have their misfortunes captured on video by well meaning friends or family. Thanks to America’s Funniest Home Videos and the fact that nearly every individual now carries a phone camera in their purse or back pocket, the internet is flooded with hours of laugh-worthy clips for our viewing pleasure.

Some of the best subjects can be found by simply searching for “funny lawnmower fails.” You’ll find lawnmower races, remote control lawnmowers, and even an epic meltdown after a dad runs over his teenage son’s video games with a riding lawnmower.

One of the best lawnmower fails we’ve seen comes from Jared Slivka. Slivka became an internet star when his lawnmower mishap video went viral. According to Slivka he was simply trying to do a wheelie on a zero-turn mower when the machine took on a life of its own, throwing its rider about like a rag doll. As the mower lurched and bucked across the garage, Slivka was at its mercy until it came to a rest after hitting the side of the building.

“This is me, being filmed attempting to do a wheelie, but the controls are too sensitive, and when I did the first wheelie, the wheelie bar slammed me back down and sent the controls into a rampage which caused me to lose control,” Slivka captioned the video on YouTube.

Thankfully Jared didn’t suffer any serious injury, although it was certainly a ride he wouldn’t forget anytime soon. In a comment posted on the video, Slivka states that he didn’t think it was funny until the mower came to a stop and stalled. He added that he was limping the day after the crash, but didn’t at all mind that people were laughing at his misfortune.

The video was recorded in 2012, but didn’t gain viral status until more than four years later. With more than 120,000 shares and millions of views to date, this video is sure to go down in history as one of the greatest lawn mower fails of all time.

We can’t decide which is funnier, Jared’s unforgettable lawnmower ride or his friend’s hysterical laughter. Let us know what you think!