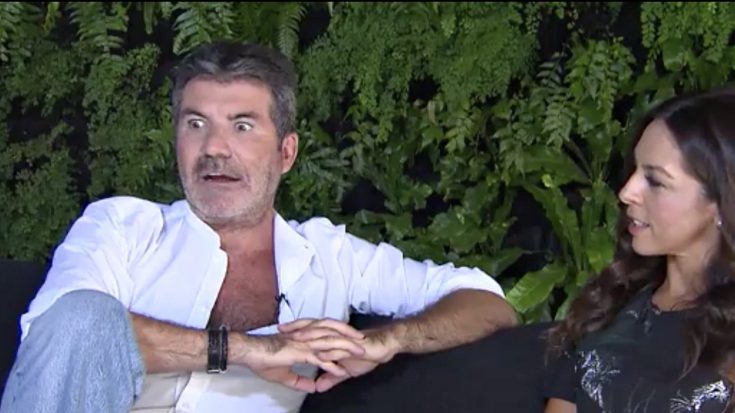 When American Idol debuted in 2002, one of the show’s driving forces was Simon Cowell. The outspoken Brit, who judged the show alongside Randy Jackson and Paula Abdul for most of the show’s 15 seasons, was known for his harsh criticism and keen eye for talent.

In fact, it was Simon Cowell who predicted that Carrie Underwood would not only win her season of American Idol, but that she would go on to be the most successful Idol of all time.

Even though Cowell left Idol behind in 2010, he has maintained a strong opinion about the show. In a 2017 interview, the America’s Got Talent judge opened up about his feelings regarding the American Idol reboot and about the celebrities who have signed on to fill the judges seats, including country star Luke Bryan.

“You can’t recreate what we had before, you know, it was me and it was Paula and Randy and Ryan and it was an amazing chemistry there,” Simon told Extra of his time on Idol. “When I hear all this talk about casting judges, I have to be honest with you, I think this is where they have it wrong it doesn’t matter about the judges, it is about the contestants and that is why everything has gone the wrong way right now. You know when we cast Idol, it was done so quickly but the only thing that mattered was, ‘Do you have the right people to help you find the stars?’”

When asked specifically about Luke Bryan, Simon didn’t hold back, saying, “I genuinely don’t care. Look, in my time, I will tell you the real story on what really happened there and it is an interesting story.”

Luke Bryan will be joined by pop star Katy Perry and legendary singer, songwriter and producer Lionel Richie at the judges table when the Idol reboot airs on ABC next spring.