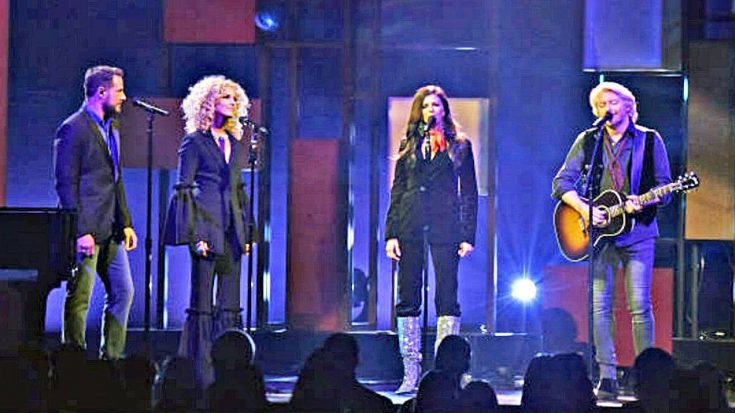 The 51st annual CMA Awards was a night full of tributes as country music’s biggest stars honored fellow artists that were lost this year as well as victims of shootings, hurricanes, and other disasters. It was only fitting that the late Glen Campbell be honored as he greatly influenced country music with his stunning vocals and guitar skills.

Campbell, who passed away in August after a battle with Alzheimer’s disease, won the CMA Entertainer of the Year award and was named Male Vocalist of Year in 1968.

Accompanied by Jimmy Webb, reigning Vocal Group of the Year Little Big Town took the stage during Wednesday night’s awards show to perform a moving rendition of the Webb-penned Glen Campbell hit ‘Wichita Lineman.’ Campbell’s widow, Kim, and children watched from the audience, and were moved to tears as a photo of Glen was displayed.

The performance came just hours after Campbell won yet another CMA Award, this time for his collaboration with Willie Nelson on the song “Funny How Time Slips Away,” that appeared on Campbell’s final album, Adios.