Loretta Lynn Shares First Photos Of Herself Since Suffering A Stroke 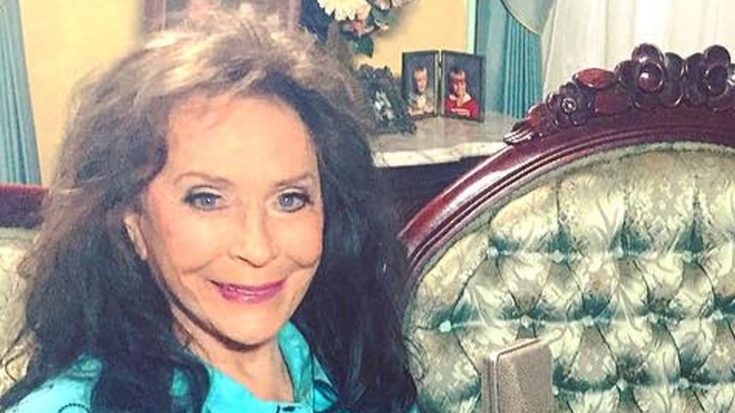 Loretta Lynn is set to make her first public appearance on Sunday (Oct. 1) since suffering a stroke back in May. Immediately after her stroke, she cancelled all upcoming shows, and delayed the release of her new album Wouldn’t It Be Great.

Her family has been keeping fans updated on her recovery with social media posts. One thing that has truly helped Lynn during the past five months or so, is music. Not long after her stroke, she was surrounded by family in her rehabilitation center when a woman walked in her room to exchange a hello and hugs with the country legend and her granddaughter, Tayla, and daughter, Peggy.

The woman began playing bluegrass music, and Lynn began singing along, leaving Tayla and Peggy with tears in their eyes.

“The power of God had filled the room…so real and full…so present it was vizierial,” Peggy wrote on Facebook. “Tayla and I both were so overcome with tears of joys and of spirit. because…Music heals..God heals.“

A few months ago, Lynn announced that her ranch will be hosting the Tennessee Motorcycles and Music Revival festival the weekend of September 28-October 1st and that she will make her first public appearance since her stroke at the event.

Not only will she appear, but she also revealed that she will be performing! It seems the country legend’s recovery has continued to go well. She recently took part in a radio interview with WSM, and she definitely hasn’t lost her spunk!

“You know I’m feeling good,” she said in the interview. “I’m feeling better than I should really.”

With just a couple days to go until her performance, Lynn shared photos of herself rehearsing for her big moment, which we all can’t wait for! Take a look at the photos below.