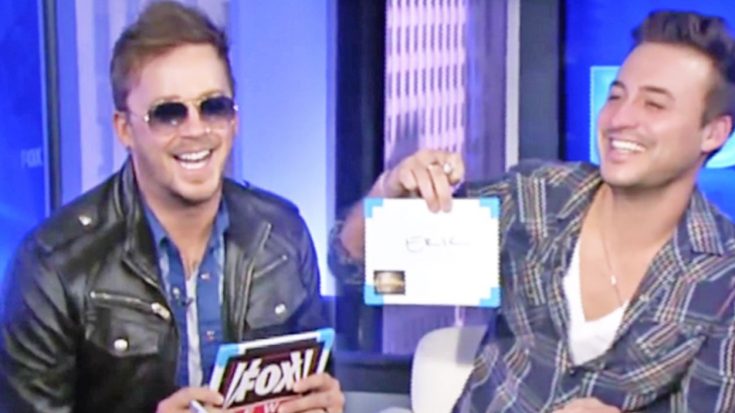 Stephen Barker Liles and Eric Gunderson have been a duo for quite some time. They formed their band Love and Theft in 2006, so one could only assume that they have to know each other pretty well.

In a sit down with Fox 411 Country, the “Angel Eyes” singers played a Newlywed Game style called “Know Your Bandmate”.

The first question is “Who is the biggest prankster?”, which they eventually agreed to disagree on. Each band member wrote their own name on their small white board, and gave an explanation as to why they did so.

Stephen said he wrote himself because he is funnier in general, but Eric think he’s the one who actually pulls pranks. They get into a hysterical argument about Stephen giving Eric an atomic wedgie that left bruising and Eric burning Stephen’s beloved Miami Heat hat.

They both agreed on the next few questions, which were, “Who makes the most inappropriate comments?”, “Who has the best style?”, and “Who is most likely to dish out the parenting advice?”

Watch the video below to see Eric and Stephen play the fun game!