By Jennifer Pernicano on August 9, 2016
Advertisement 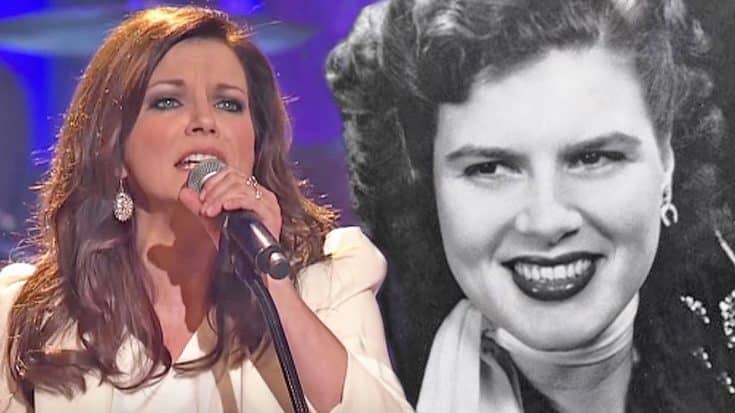 She was a legend and is known for being a country music pioneer. Her sudden passing cut her life and her career short, which left the country music world reeling.

Thankfully, her legacy lives on through her music and every time someone performs a rendition of one of her songs, we can feel her smiling down.

When Martina McBride covered one of Cline’s most iconic songs, “Walkin’ After Midnight”, at the Grand Ole Opry in 2013, it was no different.

She introduced the song by saying “I’m gonna do one of my favorite Patsy Cline songs for you right now.”

Hearing the twang of the steel guitar, the audience immediately started applauding her song choice.

McBride continued to give a performance on the famed Opry stage that we think even Patsy herself would be proud of.