By Manly Bryant on March 23, 2018
Advertisement 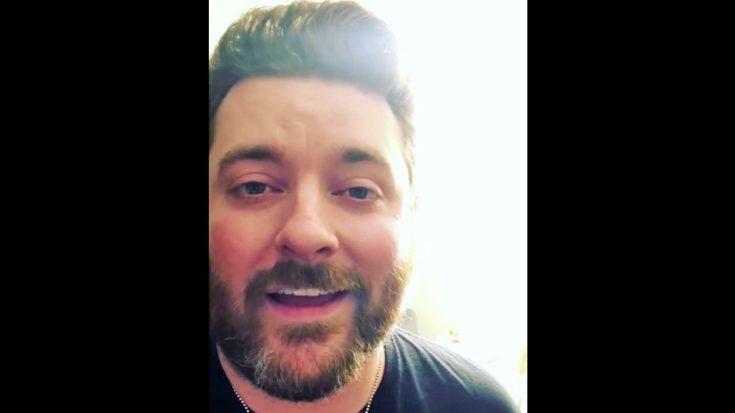 It’s not uncommon for modern country singers to pay tribute to their classic country heroes who came before them. One singer who has never stopped raving about his classic country influences is Chris Young.

During one of his early Grand Ole Opry appearances, he performed Keith Whitley’s “Don’t Close Your Close” while playing a guitar that once belonged to Whitley.

Throughout his career, he has always stayed true to his traditional influences, even teaming up with Vince Gill for a duet titled “Sober Saturday Night” on his 2015 album I’m Comin’ Over.

Before his performance at the historic Ryman Auditorium on Thursday (March 22), Young warmed up with one of Merle Haggard’s most famous songs, “Silver Wings.”

Backed by a lap steel guitar and everything, Young and his band captured Haggard’s classic country feel. We think he did justice to the legendary song. The only thing wrong with the video is that it is too short! Let us know what you think of it in the comments.

Watch his short, yet incredible, cover below.