Miranda Lambert Confesses She ‘Cut Men Out’ Of Her Life 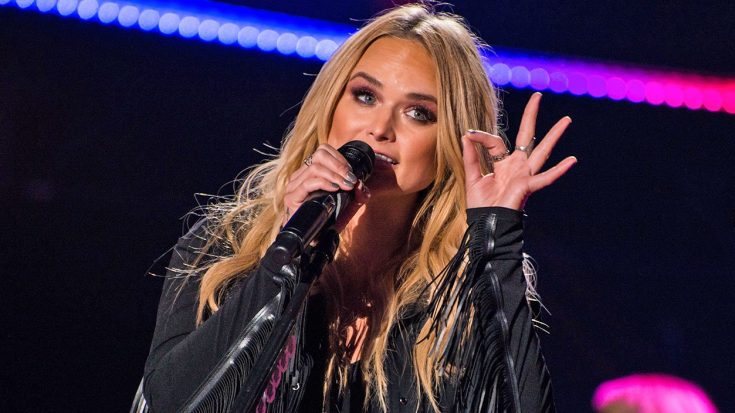 Ain’t no room for men in her life anymore and she’s shoving them aside in favor of something much more personal!

Speaking openly in a new issue of Redbook magazine, and appearing on the cover, Miranda Lambert revealed the three most important “M’s” in her life – and not one of them is “men.”

Talking to the publication about a variety of topics ranging from the disparity between men and women on radio stations to her favorite way to spend an evening at home, Lambert didn’t hold anything back.

But about those three “M’s,” she began saying that there were actually only two now: music and mutts.

“Pretty much all I live for are those two things,” she said, adding,”Men used to be on that list, but I cut that one out!”

“It was the three M’s, and now it’s two,” Lambert continued jokingly. “No. It is three! The last one is Miranda.”

So does that mean Lambert isn’t still dating fellow singer Anderson East? Probably not – but it does mean that she’s definitely enjoying all the “Miranda time” she can get and taking some well-deserved time out for self-care.

See Miranda Lambert’s cover spread on Redbook in the post below and watch her video for the hit song, “Girls.”

Introducing Redbook's November cover star, #MirandaLambert! The singer has become a leading voice in the fight to get more women's records played on country radio, so it's no surprise she has the best advice on empowering those around you. ?✨ Click the link in our bio for her take on how to be a better friend to yourself, the ladies you love, and all women.