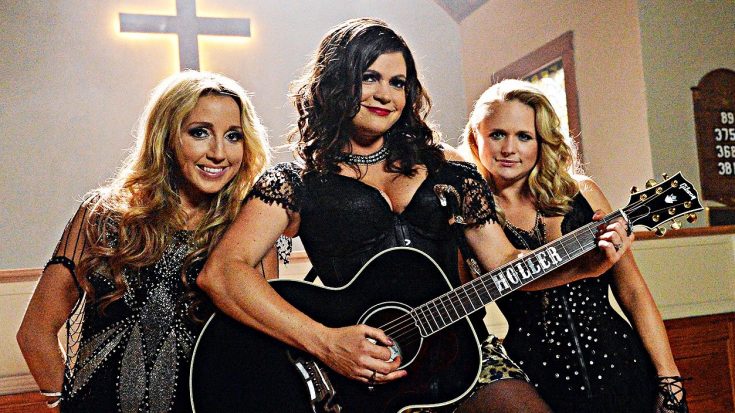 After a four year long hiatus, this beloved songstress shared a very cryptic message hinting at the future of this country music trio – and fans are going wild!

Comprised of Lambert, Angaleena Presley, and Ashley Monroe, Pistol Annies first roared onto the country music scene during the ACM’s Girls Night Out TV special in 2011. That same year, they released their debut album under Columbia Records. Just two years later, the band went on hiatus due to “unforeseen circumstances” and to allow Monroe and Lambert time to focus on their solo careers.

In 2017, the three-part group released a cover of Don Williams’ “Tulsa Time” and said that new music from the group would come out in 2018.

Well, 2018 has arrived and Miranda Lambert isn’t wasting any time getting down to business – posting a very cryptic message about the band’s future music and projects.

On social media, Lambert shared a photo of her in what looks to be a tiled shower area, holding a guitar, looking down at a pen and paper with a full wine glass nearby.

From the comments left by fans, it seems very clear she’s hinting at the beginnings of their forthcoming 2018 album, but if this is just the start – we might not see new music until the fall.

Neither Presley, nor Monroe have shared information about the return of Pistol Annies on Instagram, but we expect there to be more tidbits and smidgens brought to life by them in the near future.

Check out Miranda Lambert’s full Instagram message below and watch the performance of Pistol Annies “Hell on Heels” in the video.