‘Moanin’ The Blues’ Gets Royal Treatment From The Three Hanks 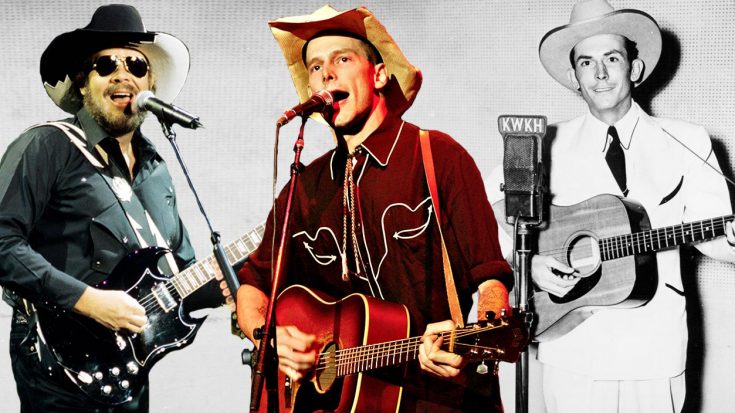 Truly country music royalty, all three Hank Williams were miraculously placed on the same exact track together for this once-in-a-lifetime record that blended three generations of this talented family into one incredible musical project.

Hank Williams, Hank Williams Jr., and Hank Williams III, all appeared equally resilient on this masterful ode to classic country music and a song that has truly stood the test of time.

Singing this three-part version of “Moanin’ the Blues” on a record that features all three generations, these twangy, moaning, country singers take fans on a ride like they’ve never heard in this bouncy, bluesy track. First appearing in 1995 on the generation-spanning record, Men With Broken Hearts, this Hank Williams Sr. original song was his fourth number one hit and soared across radio waves in 1950.

Revived for this family affair, “Moanin’ the Blues” featuring all three memorable Williams men is a great piece of country music history that should be a part of any true country music collection.

Listen to this one-of-a-kind song in the video below and let us know what you think in the comments!