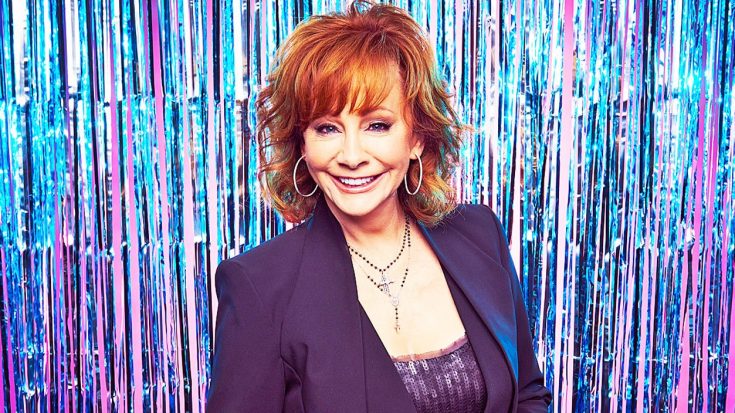 There is very little that Reba McEntire hasn’t done in her 40 year career. The country singer and actress has been nominated or won nearly every award possible to someone in the entertainment industry. But, until last night, there is one award that had eluded her.

Earlier this year, Reba released her first-ever gospel album, Sing It Now: Songs of Faith & Hope. The project was one that Reba had wanted to make for awhile, but the opportunity just never presented itself. The 20-track album was a labor of love and a way to help Reba heal after the heartache of losing her dad in 2014 and going through a divorce a year later.

“I liked the (gospel album) idea, but I didn’t know when or what. I had to sit and pray on it and really let it digest. Timing is everything. So when it was really firm in my heart that that needed to be done, I got the songs together and we started recording,” she said. “I know there’s other people out there hurting like I did, so if it helped me, hopefully it’ll help them, too.”

One song on the album especially spoke to Reba.

“You ebb and flow [in] your relationship with God. Sometimes in your life, in your years, you’re real close, and then you kind of get away from him. He’s there but not that daily communication, and here you come back,” she said of “Back to God,” her first single from the album.

The album not only resonated with Reba’s country music fans, but it crossed genre lines and gained popularity with fans of gospel music. In fact, the album and the song “Back to God” earned Reba her first Dove Award nominations for both Album and Recorded Song of the Year in the Bluegrass/Country/Roots category.

“It’s wonderful,” she tells ABC Radio. “I was very honored to get nominated for the album and the song. It’s great to be accepted, no matter what kind of genre of music you’re singing. But it was a thrill for me. I was very grateful.”

﻿The annual Dove Awards show was held last night in Nashville and Reba was awarded her first-ever Dove. As the singer accepted her trophy for Bluegrass/Country/Roots Album of the Year, a visibly emotional Reba took no credit for the album’s success.

“It’s not mine. It’s God’s. We’ll give Him all the glory. I’ll put it up on the mantle, and think of Him every time I look at it.”

Congratulations on your well-deserved win, Reba!

Hear Reba perform “Back to God” in the video below.