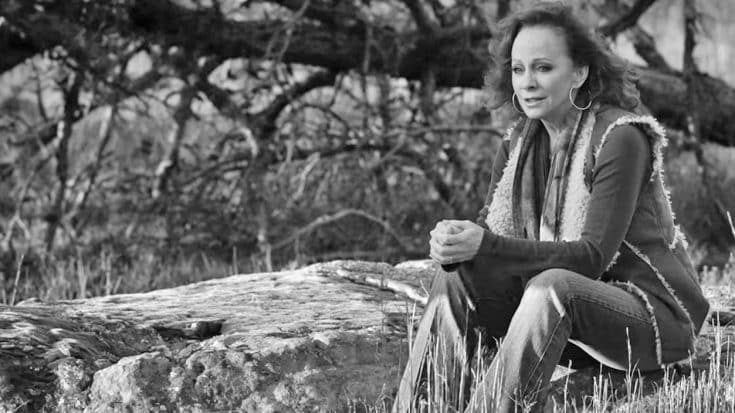 In October of 2014, Reba McEntire’s world was rocked.

Her father, Clark McEntire, passed away and the McEntire family had to figure out how to say goodbye. Reba was listening to songs for her 2015  album, Love Somebody, and the minute she heard “Just Like Them Horses,” she knew it had to be played at her dad’s funeral. Her producer insisted she include it on the album.

Love Somebody was released in April 2015 and debuted at Number One on Billboard‘s Top Country albums chart.

I wanted y’all to be the first to see the album cover for LOVE SOMEBODY! The album comes out April 14th and I can’t wait…

She released the music video for “Just Like Them Horses” in January 2016 and it is a beautiful tribute to her father.  On her Facebook page, she wrote that the song is “about goodbye, closure and letting go. Mama had to be in the video. She was and still is the glue to our family.”

Shot entirely in black and white, the video shows Reba on the McEntire land in Chockie, Oklahoma watching several majestic horses galloping in the fields. Her mama joins her in the field to watch the horses in a symbolic gesture of their bond as mother and daughter and their grief for Clark.

Me and #Mama #JustLikeThemHorses #Tomorrow #NewVideo

“I dedicate this video to Daddy,” she wrote. “His life was horses, cattle, land, rodeo and business.”