How Hank Williams Jr. Nearly Died From Pressure To Be Like His Father 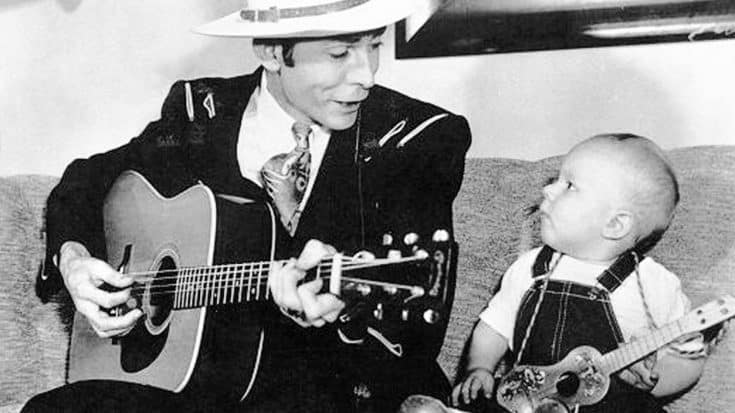 Being born into country music royalty can have a hefty price…

When Hank Williams Jr. was just three years old, he unexpectedly lost his legendary father, Hank Williams. Since that time, he began performing at age eight and launched his debut album as a teenager.

As a young performer, he aimed to give cheering fans what they wanted: a younger version of his father – singing the same tunes that brought his father great success.

“For a long time, it didn’t matter. But boy, you start being…then it starts working on you,” Williams said.

During a period of his life, the pressure to imitate his father’s image became overwhelming. Even his mother had molded the youngster to become a replica of his dad. According to CBS News, the singer said that when it got “real bad” he attempted to take his own life.

Upon treatment, his doctor said something to young Williams that would forever impact his life.

“He said, ‘Let me just lay it out there for you. You’ve been taught from the time you can possibly remember to look like, act like, be like, everything exactly like your legendary father,'” Williams recalled.

Later on in his life, the singer had another near-death experience. In 1975, Hank Williams Jr. fell 500 feet off a cliff, suffering from horrible injuries that left scars on his face and head.

“You’ve got to learn to see, hear, smell and talk again. I had half of a face.”

From these close brushes with death, the singer chose to live his life on his own terms from that point forward. Beyond just surviving, he discovered a freedom to be himself. This freedom became the overarching theme to his music and generated a buzz with his fans that brought newfound successes to the artist.

Over his nearly six-decade career, Williams has sold more than seven million records and has won a seemingly endless number of awards, including six Grammy nominations.

His latest album, It’s About Time, was released on January 15th, 2016 and features some of country music’s top performers like Eric Church, Brantley Gilbert, Justin Moore, and Brad Paisley.

Check out the first single from It’s About Time, “Are You Ready For The Country” in the video below.