Remember When Trisha Yearwood Dressed Up As Garth Brooks For Halloween In 2017? 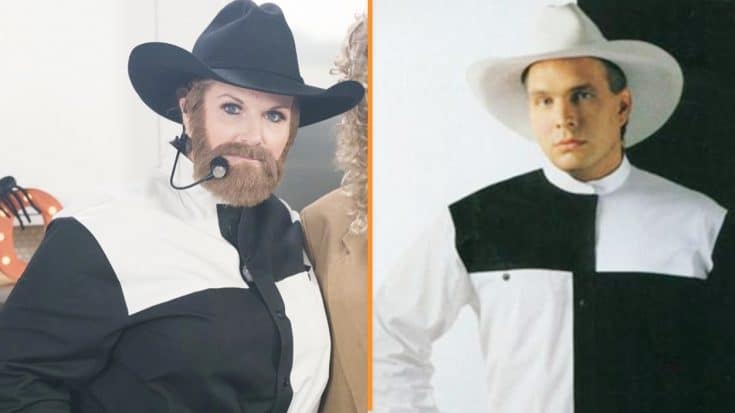 As Halloween approaches, everyone will be scrambling to figure out what they will dress up as for the spooky holiday. Lots of people are incredibly passionate about getting their costumes spot-on, so you won’t have to ask, “What are you dressed as?”

Trisha Yearwood is one of those people.

Her best costume, before today, was when she, her step-daughters, and her friend dressed up as the legendary rock group Kiss and has previously gone green to be a wicked witch!

#tbt Halloween episode 2012, Trisha's Southern Kitchen. Rockin' the Gene Simmons if I do say so myself! xoxo

Thanks for an awesome Halloween, Salt Lake City!!! #gbtyontour

She definitely outdid herself in 2017. For the Halloween episode of her Emmy-nominated show Trisha’s Southern Kitchen, Yearwood pulled out all the stops to dress up as her superstar husband.

Not only did she dress up like her husband Garth Brooks, but she dressed up as 1990s Garth Brooks! Wearing the same black and white checkered shirt as Brooks did on the cover of his 1992 album The Chase, starched blue jeans, a black cowboy hat, his famous hands-free microphone, and a full beard, Yearwood looked hilariously similar to her husband of almost 12 years.

26 years ago Garth Brooks' "The Chase" debuted at #1 on the Billboard country albums chart, where it remains for 4 months. #MusicIsLife pic.twitter.com/8LDl4S8HYY

With her friend dressing up as 1990s Trisha, it was a match made in Heaven!

We’re not sure if any Halloween costume can beat this! How we wish Garth stopped by that day so we could have a side by side comparison.

Check out a clip from the 2017 episode below.

This is not a #TBT! This is Saturday's episode of #TrishasKitchen!Do I make a good Garth?