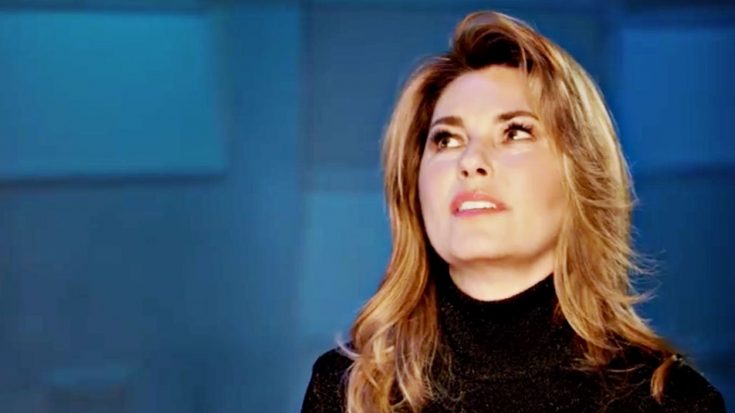 Opening up in a new video segment, this country-pop champion nearly breaks down describing the one song that had her crying for weeks in preparation for her new album.

Shania Twain is back on the radio after taking a break for more than 15 years and her newest musical project is the first that was penned solely by herself. As part of the writing process, Twain reveals that there was one track in particular that tugged at her heartstrings and repeatedly brought her to tears.

Twain has shared information about what inspired new album, Now, and previously had mentioned that her highly-publicized divorce had been a big part of that, but this new video shows a very different side to the music from this icon.

“Soldier” is the final track on her new album and was written from the point of view of someone looking for their partner, who is also a soldier, and culminates in the heartbreaking line: “Has anybody seen my soldier / standing all alone.”

“I cried so much when I wrote this song,” Twain confesses in a new clip of an interview. “I wrote it over a matter of weeks and every time I would go back to writing this song – I would just cry.”

“I would have to take breaks and I was just very emotional…the fear of losing someone you love so much.”

Truly emotional, the song is a powerful and poignant ballad that will seep into every corner of your being and tug at your heartstrings – just like it did for Shania.

Watch Shania Twain talk about “Soldier” and be sure to take a listen to the full song in the second video below.

I wrote Soldier over a matter of weeks. #ShaniaNOWhttps://t.co/Om8lkg7mwm pic.twitter.com/JW8ODIgEC2