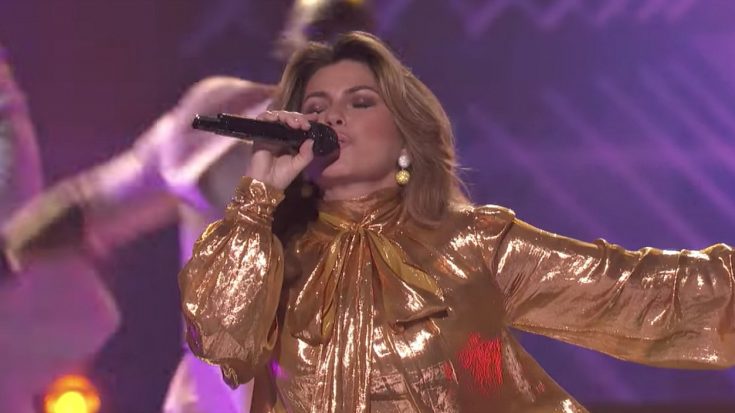 Shania Twain never disappoints. Somehow, after a lengthy hiatus, a near-career ending disease and personal tragedy, Twain managed to pick up where she left off 15 years ago when she released her multi-platinum album Up!. Wednesday night (September 20) during the America’s Got Talent Season 12 finale, Twain proved that she’s still got it with a dance-worthy performance of “Life’s About To Get Good,” the debut single from her new album Now.

52-year old Twain took the stage surrounded by a dozen back-up dancers who nearly stole the spotlight from the singer with their impressive moves. AGT Judges Heidi Klum and Mel B were all smiles as they danced along in their seats to Shania’s performance.

During the AGT finale Twain also joined finalist Mandy Harvey to sing her 1998 hit “You’re Still the One.” Harvey went deaf at the age of 19 and thought that she would never sing again. But, eventually picked up the ukulele and began singing again, this time depending on her bare feet to help her “hear” the music.

While Harvey may not have won the America’s Got Talent title, she won our hearts with her inspiring story and incredible voice.

Hear Mandy Harvey and Shania Twain sing “You’re Still The One” in the video below.