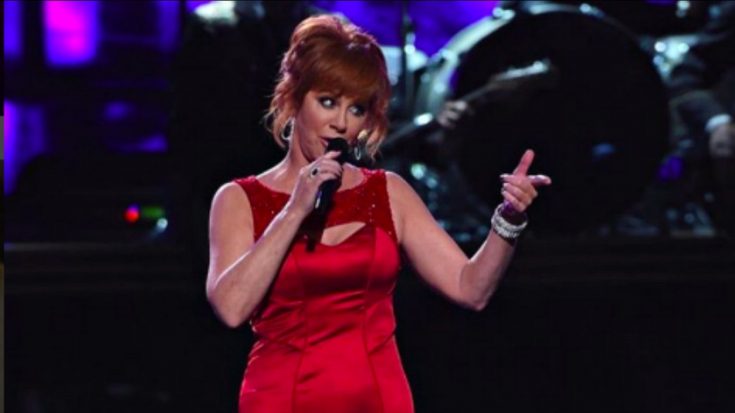 Dolly Parton was honored with the Willie Nelson Lifetime Achievement Award at the 2016 CMA Awards on Wednesday night (November 2). Parton became the fourth artist, and the first woman, to receive the award.

Prior to being given the award by friend and fellow actress Lily Tomlin, Parton was given a star-studded tribute that included performances from Jennifer Nettles, Pentatonix, Martina McBride, Carrie Underwood, Kacey Musgraves, and Reba McEntire. But, the tribute didn’t quite go off without a hitch.

As Reba took the stage to perform Dolly’s hit song ‘9 to 5’ she was slightly distracted by seeing Dolly in the audience and missed the first line of the song. But, in true Reba style managed to laugh it off saying, “Saw Dolly and got mixed up,” before picking up where she left off. She faltered slightly again during the second verse, but smiled her way through.

Watch a clip of Reba’s adorable mix-up below.

.@DollyParton's face for @reba is the best thing ever! #WATE #CMAawards50 pic.twitter.com/IQmSisaOXR