Team Blake Favorite Wows With ‘I Hope You Dance’ 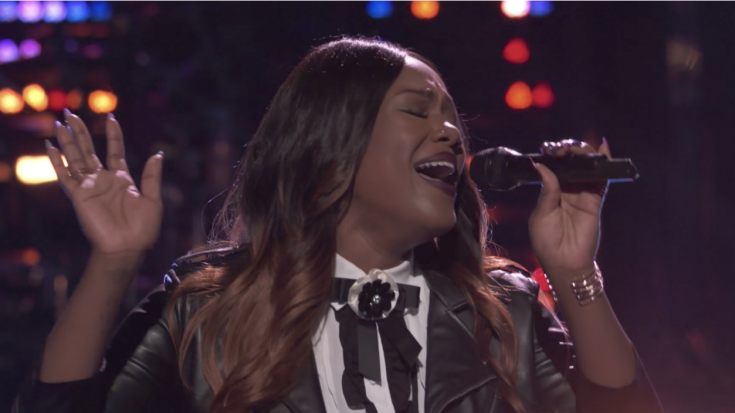 It was another night of Knockout Rounds on Monday’s episode of The Voice as the coaches continue to narrow down the competition.

One of the fiercest Knockouts of the night came from Team Blake’s Kathrina Feigh and Keisha Renee. Feigh was stolen by Blake during Battle Rounds after nearly being eliminated. She brought everything she had to the Knockout when she took on a song by former Voice coach Alicia Keys. But, it wasn’t quite enough as former Nicki Minaj backup singer, Keisha Renee, dominated the night with her take on the 2000 LeeAnn Womack hit “I Hope You Dance.” And the effort paid off for Renee as she ultimately won the Knockout Round.

Coach Miley Cyrus complimented Renee for making LeeAnn Womack’s song her own and said she wants to see Renee’s “face in country music right now.” and credited her for making Womack’s track her “very own.” Coach Blake praised both women, calling Feigh and incredible talent, but saying that Renee was “blowing the roof off this place with your voice,” before naming Renee the winner.

Renee stood out during her Blind Audition as one of the few to earn a coveted four-chair turn. Now the singer is quickly emerging as a season frontrunner as her powerful and versatile vocals consistently impress.

Watch Keisha Renee’s impressive performance of “I Hope You Dance” in the video below.