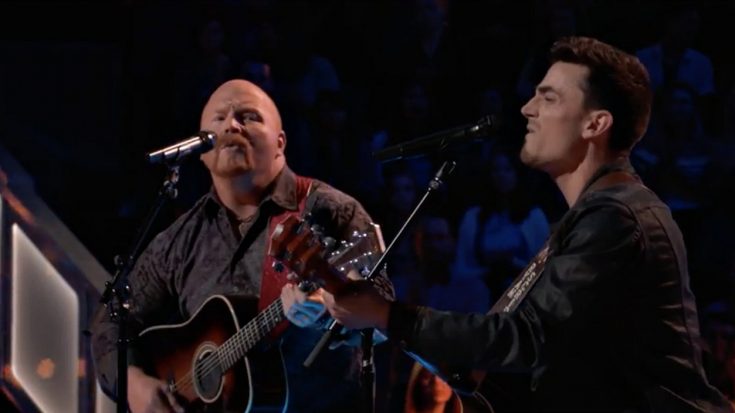 In a Battle Round, a coach pits two of its team members against each other in a boxing ring of sorts. But, instead of boxing, they sing. At the end of the performance the coach must choose one hopeful to move on. The other singer is then eliminated until they are stolen by another coach.

During Monday’s Battle Round, Alabama native Red Marlow and Ryan Scripps from California went head-to-head and guitar-to-guitar with a rousing cover of the 1987 Nitty Gritty Dirt Band hit “Fishin’ In The Dark.” Staying true to the song’s original rendition, Marlow and Scripps didn’t stray from the melody or make too big of a show of their performance.

The performance allowed Red’s true country sound to shine, something he’s been perfecting since he moved to Nashville years ago. Scripps delivered his lines flawlessly but with a more modern sound.

“You both represent country music,” coach Blake Shelton said to his team members. “Red, Miley’s right. Your voice, your sound, it throws back to those guys we think of when we think of Nashville. And Ryan, you embody what’s happening on the radio with current country music.”

Watch Red Marlow and Ryan Scripps perform “Fishin’ In The Dark” in the video below.