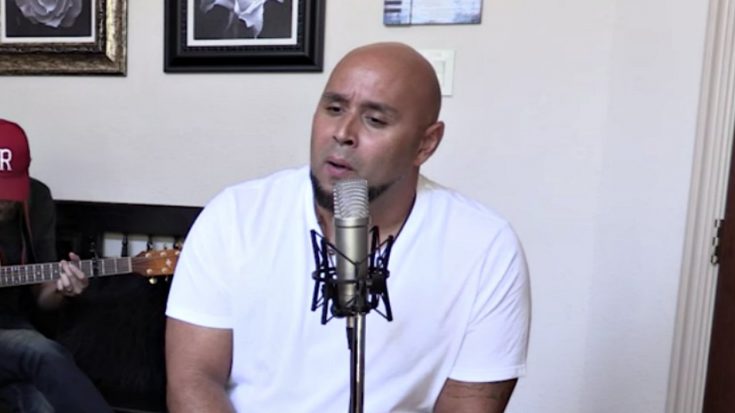 It has been a couple of  years since Kris Jones, a hard-working dad from Alvarado, Texas, took the internet by storm with his insane cover of “Tennessee Whiskey.” The video, recorded by his daughter Dayla in a Home Depot parking lot, went viral thanks to Jones’s stunning vocals and Dayla’s adorable reaction to hearing her dad sing.

The video earned the father-daughter duo an appearance on the Emmy Award-winning The Ellen Show and garnered Jones a massive social media following. To date, the video that made him a household name has been viewed millions of times. And now the singing dad is back with another impressive cover tune.

In this video, Jones sings the wildly popular Brett Young hit “In Case You Didn’t Know.” The song was one of the most listened to and covered songs of 2017, but we think you’ll agree that Kris Jones’ cover trumps them all. His rich, soulful vocals make us feel like we’re hearing the song for the first time.

Listen to Kris Jones sing “In Case You Didn’t Know’ in the video below.