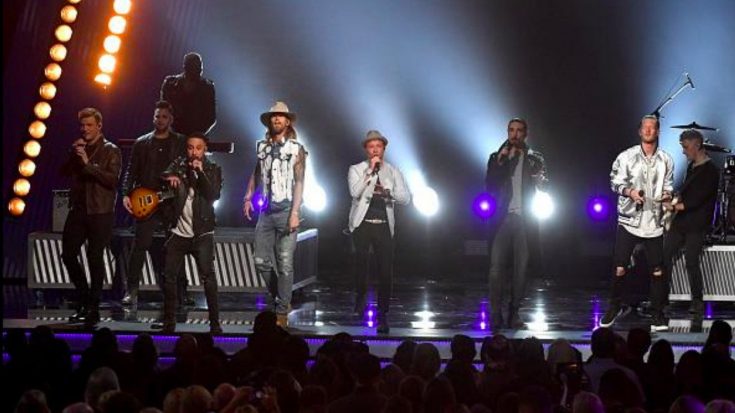 One of the most anticipated and controversial performances of Sunday’s ACM Awards was the collaboration between Florida Georgia Line and pop super group The Backstreet Boys.

Florida Georgia Line with The Backstreet Boys on the ACM’s.. ?
Are we still arguing about having a line between Country and POP Country?

The fact that the backstreet boys are at the country music awards is making Waylon, Johnny and Hank roll over in their graves

Despite the backlash, the performance proved to be a highlight of the awards show.

@FLAGALine and #BackstreetBoys best performance at the #ACMs for sure

#BackstreetBoys and #floridageorgialine are singing together!!! MY LIFE IS COMPLETE. I CAN DIE HAPPY ?

Florida Georgia Line has been extremely vocal about the influence The Backstreet Boys have had on their career and how much they respect the award winning boy band.

“These guys are professionals, they take their job really serious and they also take their relationships with each other really serious,” says Hubbard. “I would imagine it’s not always easy. Those guys are brothers, they’re really, really tight through the ups and downs. It’s really cool to see.”

The affection is mutual so it was no surprise that Florida Georgia Line would ask the Backstreet Boys to join them for “God, Your Mama and Me” for their latest album, Dig Your Roots.

In addition to their performance of “God, Your Mama and Me”, the men performed the Backstreet Boys’ hit song “Everybody (Backstreet’s Back).” The crowd was on their feet throughout the thrilling performance with some of country music’s biggest stars singing and dancing along.

Watch clips of the Florida Georgia Line and the Backstreet Boys’ ACM Awards performance below.