Tim McGraw Closes Out Performance With A Message For Washington 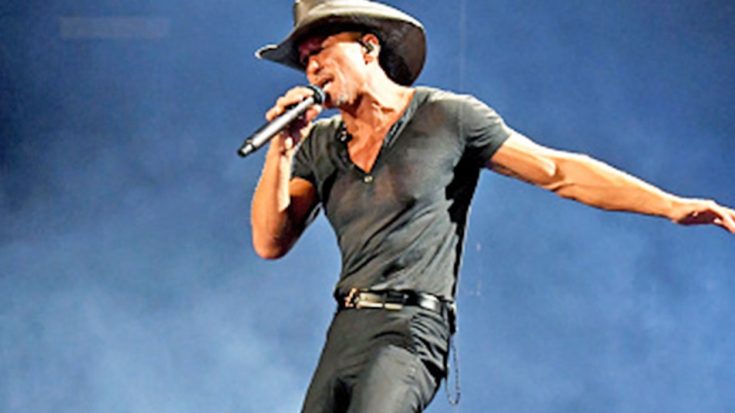 Written as a message to young people as they navigate their way through life, Tim McGraw transformed his Grammy Award-winning “Humble and Kind” into a political message for the men and women of Washington D.C at a recent show in our nation’s capital.

The audience sang along enthusiastically with McGraw as the song came to a close, the country singer taking the opportunity to send a message to the men and women of Washington.

“I hope they’re listening down the street,” McGraw said when the song came to a close.

While he kept it short and sweet, McGraw’s bipartisan message to those located “down the street” is a poignant statement everyone can get behind. In addition to his ambiguous political message, McGraw has been recently showing his support for senator John McCain via social media, sharing two posts featuring the Republican politician to his Instagram.

a real good man and A REAL HERO…… Prayers from the McGraw family, @senjohnmccain

Congratulations on receiving this year’s #LibertyMedal @senjohnmccain ! – from the Mcgraw family

McGraw and Faith Hill embarked on their third Soul2Soul World Tour earlier this year. With their tour wrapping up, the Nashville sweethearts are gearing up to release their first-ever duets album, The Rest of Our Life. The album is set to hit stores Nov.17, the title track and latest single was written with world renowned singer-songwriter Ed Sheeran.

You can watch it all go down below.