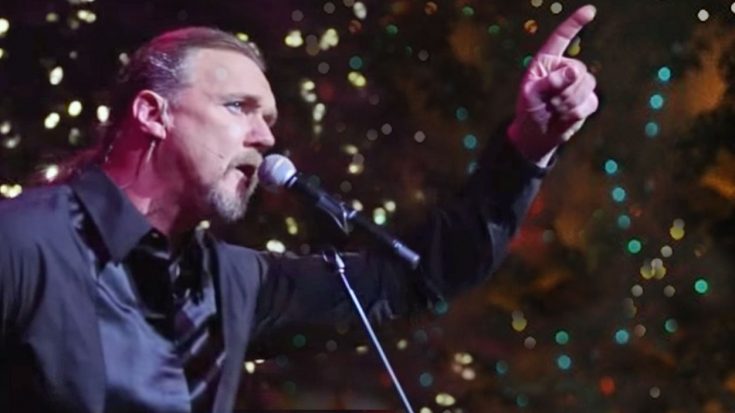 Nothing sounds like Christmas more than the purity and resonance of Trace Adkins‘ voice on a traditional Christmas carol!

Truly one of the most talented and recognizable acts in country music, Adkins has become a forerunner in country music, and with the highly anticipated release of his 2013 Christmas album, he brought a very welcomed new sound to songs both new and old.

Adkins’ album, The King’s Gift, stole the hearts of millions of fans everywhere and charted in the Top 10 Holiday albums shortly after release.

That same year, Adkins kicked off the holiday season with a series of performances called The Christmas Show Tour that drew large crowds at each event and was such a great time for everyone that he continued the tradition the following year!

Throughout both holiday tours, his team captured great shots of all his performances – one of them being this epic and angelic rendition of “We Three Kings”.

If you need a boost of Christmas cheer this year, this is exactly with the doctor ordered!

Watch Trace Adkins’ sing this family favorite in the video below!