By Manly Bryant on February 15, 2017
Advertisement 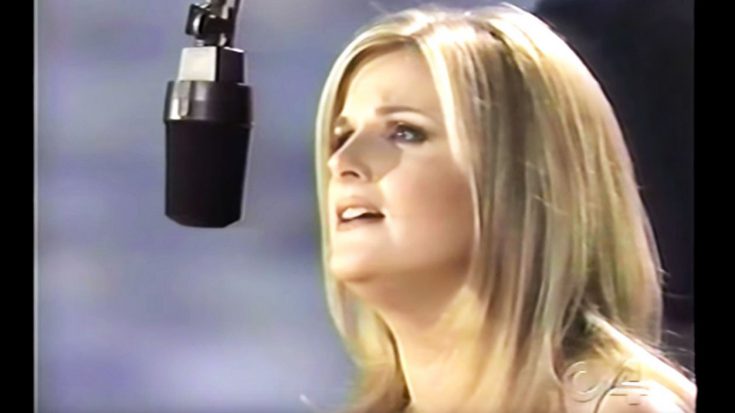 In this unforgettable live performance, the country superstar belts out one of the most powerful renditions of “How Do I Live” you will ever hear.

Taking the stage during the annual CMA Awards in 1997, one of country music’s chart-topping queens brought the audience to tears with her beautiful voice and this powerhouse love song.

Originally written with LeAnn Rimes in mind, “How Do I Live” was intended for release as a single from the soundtrack for action movie, Con Air – but due to Rimes being just 14 at the time, the production company decided to have country sweetheart Trisha Yearwood record it instead.

As it turns out, both artists ended up releasing the song to radio (Rimes to pop radio, Yearwood to country) on the same date and they both received incredible ratings and praise from critics for their beautiful mastery of the track.

During the 1997 CMA Awards, Yearwood was honored to have the chance to perform this beautiful ballad – and she didn’t disappoint! With her powerful, angelic voice Yearwood conveyed such emotion of heartbreak and love that there wasn’t a dry eye in sight by the end!

Watch this truly amazing performance of “How Do I Live” by Trisha Yearwood below and let us know what you think in the comments!