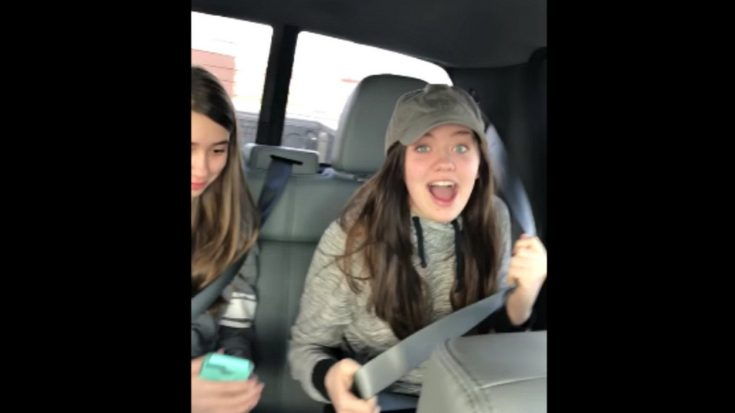 In the days since April Fools Day, social has been flooded with videos of tricks and pranks played on unsuspecting individuals. But, one video has risen above the rest as one of the most epic pranks of all time. The prank itself is brilliant, but the girls on the receiving end give us a reaction that worth watching over and over again.

On April 1st, Rodney Hebert send his two daughters into a local Auto Zone with to grab some blinker fluid and a bucket of steam. Yes…you read that right. Blinker fluid. Hebert even had a coupon for the non-existent item.

In the video, Hebert is seen parked outside of Auto Zone with the camera facing the door as his embarrassed daughters exited the building empty handed. As the girls approached the car the oldest yells toward her father, “We looked like idiots!”

Hebert, barely able to control his laughter, continue to record as his horrified daughters give details of the Auto Zone salesman’s reaction to their request.

“All of them were laughing at us! He said ‘If your blinker’s not working you can try the bulb’ and he said that through laughter,” the oldest daughter says. “It wasn’t funny. I’ve never been so embarrassed in my life.”

The video has amassed nearly 40 million views in the last week. So, if you’ve ever been the victim of a heartless prank, the instigator or are just a lover of hilarious videos then this video is a must-watch. Check it out below!