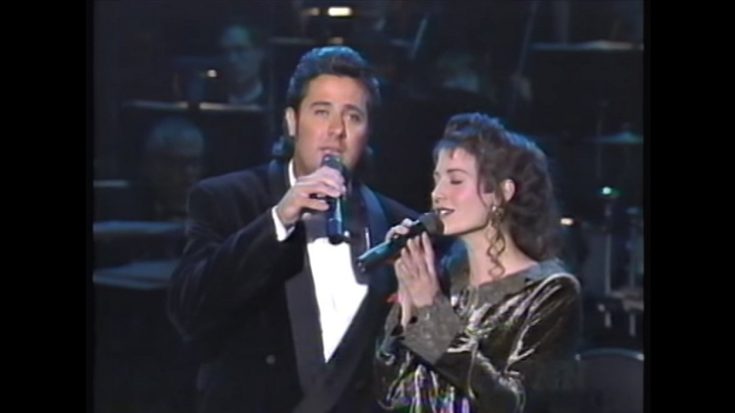 It just wouldn’t be Christmas without the incredible music of Amy Grant. With three Christmas albums to her credit, the award-winning singer has become synonymous with the holiday. Her annual Christmas tours are one of the biggest draws of the season, especially when she shares the stage with her famous husband, Vince Gill.

We are officially two weeks away from start of Vince and Amy Grant's Christmas at Ryman Auditorium! Who is attending one of the shows?!

The couple, who were each married to someone else when they first met, knew that they had something special when they first stepped into the studio together in 1993 to sing “House of Love.”

“I think that a part of me loved him instantly,” Grant says. “I felt like I knew him instantly. I was so moved by him as a human being that I went up behind him and just hugged him as hard as I could while he was singing. I just said, ‘I just needed to hug you all night.’”

The feeling was mutual as Gill wrote his song “Whenever You Come Around,” for Grant. “This is a song that was inspired by a smile that I saw for the first time on the face of a woman that I’d never met. That was Amy Grant back in 1993. I was so inspired, moved by the sight of that smile, that I came home and wrote this song,” Gill said.

For seven years after their meeting, the couple fought their feelings for each other and remained faithful to their spouses. But, ultimately both would end up divorced, and in 2000 Vince Gill and Amy Grant married.

In one of the few video clips of the two together before they married, Vince joins Amy to sing her wildly popular Christmas hit “Tennessee Christmas” during a 1993 Christmas with Vince Gill concert in Tulsa, Oklahoma, and the chemistry is undeniable. See for yourself in the video below.