‘Voice’ Contestant Silences Audience With Stunning Performance Of ‘The Dance’ 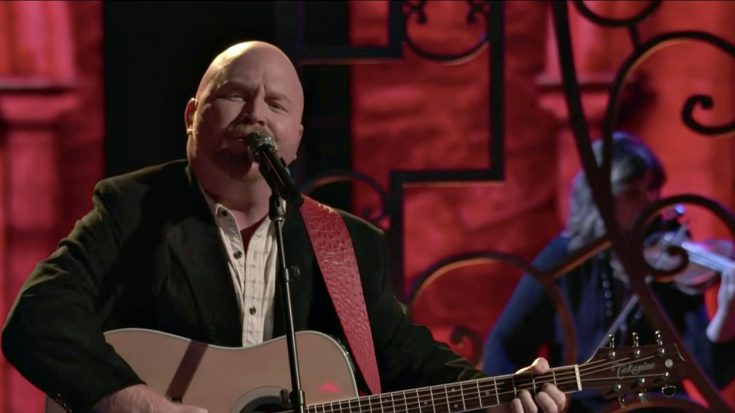 Red Marlow, arguably the most country singer left on ‘The Voice,’ proved once again that he is country as he can be when he covered one of Garth Brooks’ most beloved tunes during Monday night’s Top 11 episode.

In a ‘Voice’ first, the show allowed fans to request the song that each contestant would perform. Marlow took on “The Dance,” a song that is one of the most difficult to perform due to its popularity.  But, Red had no trouble. In fact, we think it was one of his best performances this season!

Coach Jennifer Hudson praised Marlow’s ability to silence a crowd with his voice and added that it is proof of his “star power.” Blake Shelton agreed that Red had captivated the audience and noted that the singer is a great storyteller because Red sings with “pure simple honesty.”

The demo singer turned construction worker first wowed us during his Blind Audition with his take on John Anderson’s hit song “Swingin’.” He has continued to win us over week after week with performances of country hits such as Shenandoah’s “Church on Cumberland Road,” “Outskirts of Heaven” by Craig Campbell, and the Nitty Gritty Dirt Band’s “Fishin’ In The Dark.”

Listen to Red Marlow sing “The Dance” below and let us know if you think he has what it takes to take home the ‘Voice’ crown!