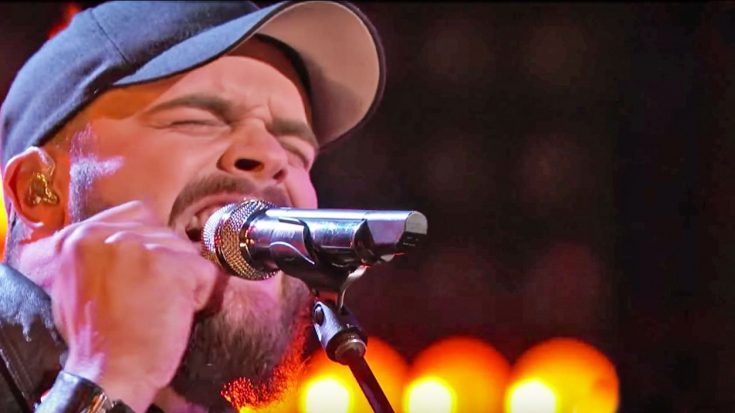 In the final hours of this season of The Voice, the final 10 contestants are in hot pursuit of the Season Eleven title. Rallying for Team Adam, country crooner Josh Gallagher delivers an electrifying performance of Tim McGraw’s “Real Good Man.”

Gallagher’s superstar vocals paired with his rockstar guitar skills made for debatably one of the best performances of the night. Midway through the performance, the contestant broke down into an achingly good guitar solo proving his ability to take home this season’s crown.

The aspiring singer first captivated the judges with his performance of the Brothers Osbourne’s “Stay a Little Longer,” initially landing a spot on Team Blake before being stolen by Levine in the Knockout Rounds.

“Real Good Man” was released by Tim McGraw in 2003 as the fourth single of his album Tim McGraw and the Dancehall Doctors dominating the charts at No.1. You can watch Gallagher’s performance in the video below!