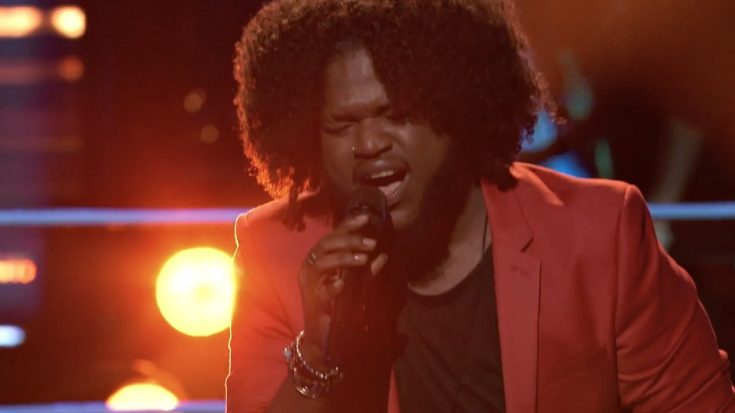 Things are getting real on The Voice as the Knockout Rounds get underway. Unlike the Battle Rounds where the coach chooses the song and two hopefuls sing it together, the Knockout Round gives the contestants a chance to perform a song of their own choosing. It’s always interesting to see the song choices, and this season seems to be no exception.

Davon Fleming, member of new coach Jennifer Hudson’s team, arguably delivered the performance of the night Monday (October 30) with his soulful cover of Mercy Me’s “I Can Only Imagine.”

Davon went head-to-head with fellow soul singer Eric Lyn who covered Marvin Gaye’s “What’s Going On.” While Lyn’s performance was impressive, it was no match for Fleming’s and ultimately Lyn was eliminated.

Fleming was one of the few contestants who received a four-chair turn during the Blind Auditions, so it’s really no surprise that he knocked our socks off again by putting his own spin on “I Can Only Imagine.” Following his memorable Blind Audition, Blake Shelton predicted that we’d be seeing Fleming in the finale, and after last night’s performance we agree that the 25-year old will be around for a long time….either on or off of The Voice.

Hear Devon Fleming sing “I Can Only Imagine” below.