Willie Nelson & Sons Revive Hank Williams’ “Move It On Over” 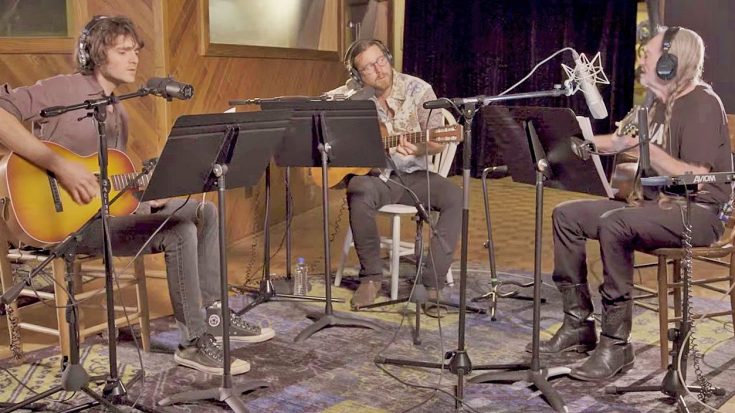 If you didn’t know this before, then you’re about to learn real quick that Willie Nelson has some wickedly talented family members. He enlisted the help of two of those family members for a special record, which is the second installment in his Willie’s Stash series.

Those two family members are none other than Willie’s youngest sons, Lukas and Micah. They are musicians and singers like their father, though both lean more toward the rock and roll side of the musical spectrum.

But Lukas and Micah frequently return to their country roots, which is exactly what they did when their father put together the content that appears on one of his records. Titled Willie Nelson and the Boys, the album features 12 archival recordings completed by Willie and his two sons back when Willie was working on his 2012 album Heroes.

Willie Nelson and the Boys is almost entirely comprised of Hank Williams covers, including his 1947 Top 10 hit, “Move It On Over.” Energetic and lively, “Move It On Over” allowed Willie and his sons to let loose and have some fun with their revival of the tune.

To coordinate with the release of Willie Nelson and the Boys, Willie released a video showing him, Lukas, and Micah singing “Move It On Over” together in the studio. The trio sat in a semicircle around a batch of microphones, and each one of them was holding a guitar.

After reflecting on some funny memories from past shows, Willie began playing a little ditty that led into “Move It On Over.” Lukas and Micah jumped in without missing a beat, and suddenly the studio filled with the sound of their acoustic jam session.

As cool as that is to witness, it gets even better once the trio starts singing together. Willie takes lead on the song, while Lukas and Micah chime in every now and then with their own vocal additions.

Seriously, does it get any better than watching Willie and his two talented sons sing an old Hank Williams song? We don’t think so!