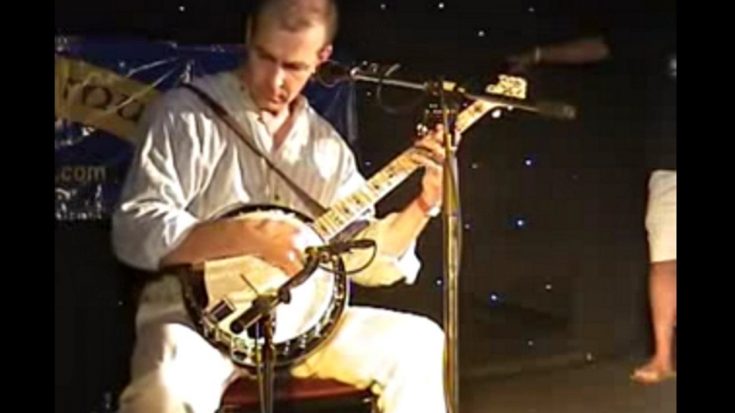 When the Beverly Hillbillies made it’s television debut in 1962, no one knew what a profound impact the show’s theme song would have on the music industry. The song, “The Ballad of Jed Clampett,” featured a catchy bluegrass sound highlighted by the incredible banjo skills of Earl Scruggs.

That very song would make its way to the ears of a young man named Johnny Butten in the south of England and would ignite a love for the banjo that would drive Butten to become the best at the instrument.

Johnny Butten was about nine years old when he learned to pick the banjo by studying an Earl Scruggs lesson book and album.

“He had two Cadillacs and a private jet and you know at nine or ten years old just learning to pick a banjo I thought, ‘This dude has all this stuff from playing one of these? I’m in,'” Butten said in a 2009 interview.

It only took a few years for Butten to make a name for himself in the European country and bluegrass music scene. In 2007, the picker heard that American banjo player Todd Taylor had set a record for picking “Dueling Banjos,” a song usually played by two banjos, at 210 beats per minute.

“I went down to the basement and started picking.” said Butten. “I think I was there four or five hours and I came running up the stairs screaming and shouting, ‘I can do 210. I can do 210!'”

But, Butten didn’t settle for tying the record. He set out to shatter it….and he did. Johnny Butten held the Guinness Book of World Records title for fastest banjo player with 260 beats per minute until Guinness retired his record and established a new category.

Butten’s record-breaking event was recorded while he was performing at a music festival. With the help of a beeping metronome, Butten proved that he is indeed the fastest banjo picker in the world.

Watch Todd Taylor set the original Guinness World Record for banjo picking in the video below.