Change Is Coming To Your Bud Light, And Soon…

By Miranda Raye on January 14, 2019
Advertisement 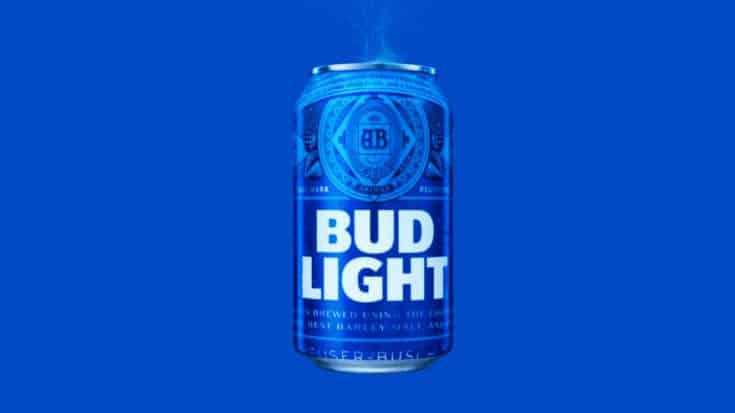 Americans love their beer, and always have. For many, nothing beats the refreshing taste of a cold beer on a hot day, whether it be at a concert, a cookout, or a sporting event.

Since beer is such a popular beverage, there are more brands out there than one could ever begin to count. But which one is the all-time favorite?

Well, according to a report issued by USA Today on July 4, 2018, the answer is Bud Light.

The report states that Bud Light shipped 33.1 million barrels and raked in sales of $5.6 million in 2017. In comparison, the runner-up best-selling brand, Coors Light, only shipped 16.5 million barrels that same year.

Numbers talk, and the numbers prove that Americans can’t seem to get enough Bud Light.

A Change Is On Its Way

But soon, a change is coming to the popular beer that people have grown to love over the years. This upcoming change will continue to set Bud Light apart from all of its competitors.

Now before you freak out, the change doesn’t have anything to do with the formula or the taste of the beer itself. Instead, the alteration is coming to the brand’s bright blue packaging.

On Friday (January 11), Bud Light unveiled its plans to implement a subtle, but noteworthy change to its packaging, starting in February.

So what’s the difference you should be looking for? The answer is a little black and white box that you’re probably familiar with seeing on thousands of other packages…a nutritional label.

Ingredients should be right on the packaging. Starting in February, that’s where you’ll find them. pic.twitter.com/LfI43SDtgX

While this addition may seem minor, it’s actually a huge deal. Unlike most other products you buy in a grocery store, such as crackers, cookies, or juice, beer brands are not legally required to have a nutritional label on their products.

Because of this, Bud Light is the first-ever U.S. beer brand to include nutritional information. The new label will appear on the side’s of the brand’s iconic boxes, but will not be featured on the sides of the cans or bottles.

Instead, some nutritional information will be printed on the individual cans and bottles in small type, as has been common practice for the brand in the past.

When speaking to FOX News, Andy Goeler, vice president of marketing for Bud Light, explained the reason why the brand chose to implement the nutritional labels, even though they are not legally required:

“We want to be transparent and give people the thing they are used to seeing,” Goeler said.

Goeler also shared that he doesn’t know when, or if, the same changes will be adopted by the other brands under the umbrella of Bud Light’s parent company, Anheuser-Busch, which include Michelob and Budweiser.

So far the announcement has received mixed reviews. Many have said the change seems pointless, while a few have expressed distaste that rice is one of the ingredients listed in making Bud Light.

Then there are people that are all for the change, saying that the new packaging has a sleek appearance. Others are indifferent, saying all they care about is that there is still alcohol in Bud Light.

After all, that’s what people drink it for, right?

All I wanna know about Ingredients is… Does it contain Alcohol??? If it does… Then We're Good!!!

Now it’s time for you to offer your input. What do you think of the change Bud Light is going to start implementing in February?

Do you appreciate the effort, or find the move entirely unnecessary? We’d love to hear your thoughts!