Thousands Rushing To Get New Dr Pepper Milkshake At Whataburger

By Manly Bryant on April 8, 2019
Advertisement 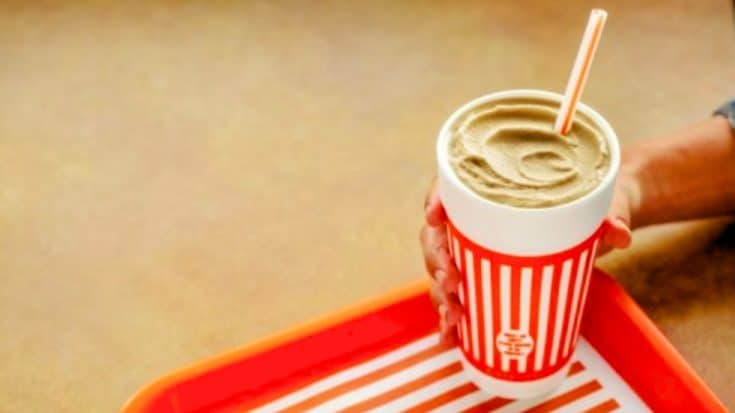 Famous Texas fast food franchise Whataburger just announced it will be serving a delicious Dr Pepper Milkshake! The great news hit Whataburger’s website a few days ago explaining that both Whataburger and Dr Pepper, being major icons of Texas, are teaming up to give the people something they’d love for a limited amount of time.

The Dr Pepper Milkshakes are only available at a select few locations in Texas, Arkansas and Oklahoma and we can imagine it’s so good there’s probably people from out of state willing to make the trip to get their hands on one. We’re already seeing people post selfies on Facebook freaking out and telling the world about it.

Whataburger setup its first restaurant in Corpus Christi, Texas in 1950. Since then it has now branched out to 824 restaurants all across Texas and the southern United States. Whataburger’s always been know for specializing in creating incredible hamburgers but with this new Dr Pepper Milkshake release it’s bringing in some new, well-deserved attention.

Dr Pepper was first created 1885 in Waco, Texas and is most famous for being America’s oldest major soft drink. The company is now attempting to make itself the official soft drink of Texas with a petition anyone can sign at Change.org.

“Like any Texan, Dr Pepper has only the deepest pride and appreciation for its home state.  Now Dr Pepper is calling on its passionate fans to support its quest to become the first Official Soft Drink of the Lone Star State.”

Not only is it trying to become Texas certified but it’s also releasing 15 unique labels with amazing designs that display some of the most well known landmarks and landscapes across Texas.

A nice cold Dr Pepper Milkshake has arrived right on time with the weather starting to warm up and summer right around the corner. If you’re blessed to live near a Whataburger you might want to do your taste buds a favor and go seize this opportunity of tasting one.