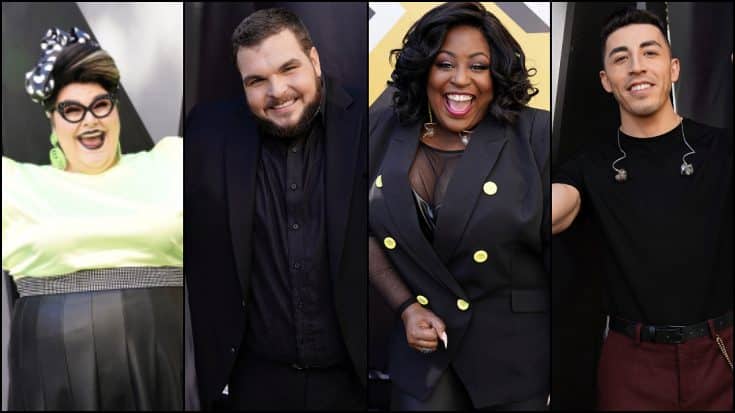 The Season 17 Voice finalists have been named after a dramatic night of eliminations that cut the field of 8 competitors down to 4. And, for the first time in seven seasons, all four judges will have a team member in the finale.

Two artists that received the fewest number of votes were automatically eliminated, and both of them hailed from John Legend’s team:  Will Breman and Marybeth Byrd.

The remaining three artists went head-to-head for the final spot in the Top 4. Team Blake’s Kat Hammock, Team Gwen’s Rose Short and Team Kelly’s duo Hello Sunday. They each had the opportunity to perform a song in an effort to win the public’s Instant Save vote.

Hello Sunday showed off their incomparable harmonies on Sia’s “Chandelier.” The performance drew huge praise from their coach, Kelly Clarkson who said that she was blessed to have the duo on her team.

“That’s what I’m talking about. You better sing!” she said. “You are 14 years old tackling this huge (song). I’m so blessed this season. I have such a good team.”

Hammock lent her soft, ethereal sound to James Taylor’s “You’ve Got a Friend.” Her coach Blake Shelton has made it clear throughout the season that the 19-year-old will have a music future regardless of how she finished The Voice. Following her Instant Save performance, Shelton once again reassured the singer that her journey wasn’t ending anytime soon.

“I want you to know you have a record to make, no matter what happens tonight,” he said. “We discovered you; America discovered you. Your journey, at least with me, won’t end here.”

Rose Short, the last remaining member of Gwen Stefani’s team, held nothing back with her performance of Aretha Franklin’s “(You Make Me Feel Like) A Natural Woman.”

“I’m going to embarrass myself by crying on national television again, like Kelly does every day,” Stefani said following Short’s performance. “Obviously, America, that was ridiculous. There is no question that you are the most talented human being that I’ve been around.”

In the end, Rose Short was saved by America’s votes and secured Team Gwen’s place in next week’s finale. Who will you be rooting for? Team Gwen’s Rose Short, Team Kelly’s Jake Hoot, Team Legend’s Katie Kadan or Team Blake’s Ricky Duran?